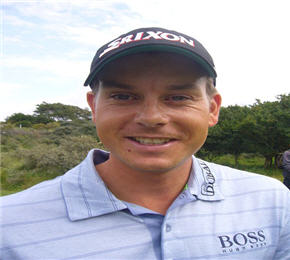 Qatar is the next stop for the European Tour after an exciting finish in Abu Dhabi and this week it’s the Qatar Masters. Alvaro Quiroz will be bidding to defend the title he won in 2009, and with seven of the world’s top 14 players in the field, including last week’s winner, Martin Kaymer the scene is set for another top event on the Middle East swing where Doha Golf Club provides the venue for this week’s event.

Last week’s winner Martin Kaymer will be many people’s favourite to win back-to-back titles and the German is certainly in top form. He won back-to-back events in 2009 before his go-karting accident so clearly must believe he can repeat the feat in Qatar. However, Kaymer’s record at Dohan is average and he may struggle to repeat his Abu Dhabi heroics.

Ian Poulter did nothing wrong in Qatar but found a tartar in Kaymer, and the Englishman will be keen to go one better. However, much will depend on Poulter’s frame of mind going into the event – he has been known to beat himself up psychologically when he loses and often takes an event or two to recover afterwards. Providing there’s no lasting effects from his narrow loss to Kaymer he can go well.

Charl Schwartzel returns to action in Qatar after winning back-to-back events on the South African swing. He’s clearly in good heart with his game but with several of the top players back in action he could find the company too hot to handle.

Many people expected Lee Westwood to perform well on his seasonal return in Abu Dhabi but the European number one missed the cut and looked to be struggling with a new set of irons. That outing will have helped blow the cobwebs away, and with time to practise with the new clubs could pose a bigger threat this week.

Also in the field are Retief Goosen, Sergio Garcia and Kenny Perry, and while each has the capability to win this tournament, I think they’ll fall short of the mark.

Henrik Stenson plays Doha extremely well and with four top-5 finishes in five years including a 2006 triumph in this event, his long, straight-hitting is perfect for a course where the wind will cause problems. With strong closing rounds at Abu Dhabi, Stenson could show the chasing pack a clean pair of heels and is our selection to lift the Qatar Masters on Sunday.