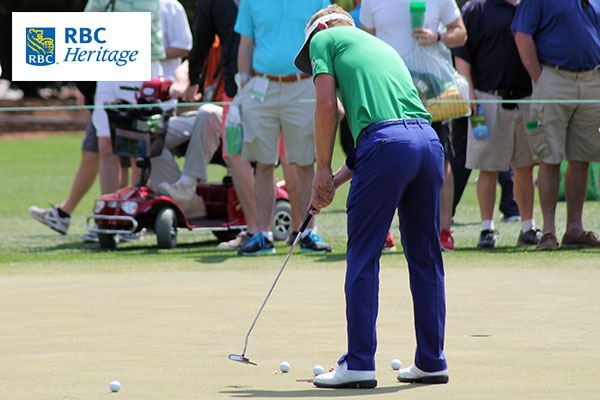 After another thrilling edition of The Masters, the PGA Tour remains on the eastern seaboard this week for the RBC Heritage at Hilton Head. As always, we take a detailed look at the event in the aim of finding some worthy betting and Fantasy propositions for the week.

LAST YEAR: McDowell defeated fellow U.S. Open champ Webb Simpson in a playoff for his second career victory on the PGA Tour. The Northern Irishman started the day four shots back, but rallied with a closing 69 over a wind-swept Harbour Town Golf Links. After bogeying the last hole to slip into the playoff, McDowell stuck his approach on the extra hole to 15-feet and two-putted for par. Simpson could not answer, missing a 10-footer for par. Luke Donald and Kevin Streelman finished a further two shots back in a tie for third.

THE LOWDOWN: Given that Harbour Town is a coastal links course, it is often wind-affected, making the ability to play in blustery conditions a vital attribute. The fairways aren’t overly narrow but you do need to place the ball off the tee in order to attack the tiny Bermuda greens. Length off the tee shouldn’t be much of a factor; however the difficulty of the small greens will make scrambling a key stat for the week. It’s not surprising that in each of the past six years, the top scrambler for the week has finished no worse than eighth.

BEST BET: With many of the field’s big names probably feeling the wear of a gruelling Masters week, it could pay to look at those who either didn’t play or missed the cut, beginning with Luke Donald (21/1). Donald has finished in the top-three four times in his last five visits to Hilton Head, with a playoff loss to Brandt Snedeker in 2011 the closest he’s come to the trophy. The Englishman got off to a horror start with a 79 in the opening round of the Masters, including a silly two-shot penalty late in the round, before firing a much-improved 70 on Friday to miss the cut by one. He was stinging after that performance, and with the course form, a fresh body and a determined mind, it’s almost impossible to see him not contending this week.

VALUE: I was quite surprise to see odds of 100/1 about Stephen Gallacher following his fairly impressive Masters debut. The Scot opened with rounds of 71 and 72 to tee off the weekend in a share of 10th place, before a ragged 81 on Saturday saw his challenge falter. Better players than he have let a round slip at Augusta and it was good to see the 39-year-old bounce back with a closing 70 to finish in a tie for 34th place. Gallacher has enjoyed a promising season so far, defending his Dubai Desert Classic title on the European Tour, before recording a T6 at the WGC-Cadillac Championship. You’d expect a Scot would be right at home in windy links conditions, so have a few quid on him each-way.

ROUGHIE: He might not have won in more than three years, but on his day, Stuart Appleby (250/1) is a far better golfer than his price suggests. He of course became just the fifth golfer in history to shoot a 59 in an official PGA Tour event, with his blistering final round helping secure victory at the 2010 Greenbrier Classic. Last year at this event, Appleby was right in contention following rounds of 70-68-70, before wilting with a closing 77 to drop back to T35. He has two top-10s this season at both the Humana Challenge and Honda Classic, the latter of which was severely affected by wind. He could certainly fill a place at big odds here.

FANTASY BANKER: Kevin Na (8.5) has been a solid earner for Fantasy managers this season, securing 595 points in his three outings.  He didn’t make The Masters but prior to that was 11th at the Texas Open, 14th at Bay Hill and runner-up at the Valspar Championship. Adding to his impressive 2014 form is a strong course record which shots top 10s at his past two visits to Hilton Head and a fourth in 2007. One of the best scramblers on the PGA Tour, he’s a lock in your squad this week.