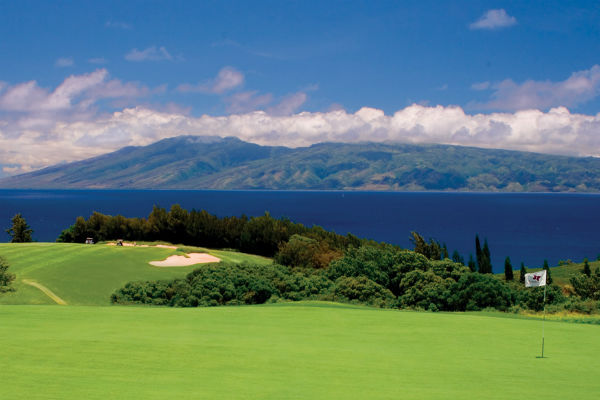 By Richard ForresterJanuary 13, 2015No Comments

Patrick Reed kept his cool to beat Jimmy Walker in a playoff to win the Hyundai Tournament of Champions in Maui.

Reed, 24, claimed his fourth PGA Tour crown with a stylish 18-foot putt to birdie the first playoff hole after Walker found the rough and then saw his chip roll over the green as the pressure told.

The Texan trailed Walker by four shots with as many holes remaining in the final round, but he hit a sensational 80-foot approach shot to eagle the 16th and birdied two others to set up the playoff duel.

“I just stayed patient. That was the main thing all day,” Reed told Sky Sports 4. “Just stay patient and try not to get ahead of myself and make any careless errors.”

“(My) confidence levels are really high, it’s been a great calendar year, but at the same time I need to keep working at my game, tighten up some things and continue moving forward and hopefully be a multi-winner in years to come. Everyone gets on a hot streak, the main thing is to stay consistent and keep moving forward.”

By contrast Walker will be left kicking himself after he failed to birdie after the 10th hole and his chip fell short as he missed a chance to win and avoid the playoff on the 18th.

The 35-year-old hit his first bogey in 33 holes on the 14th and never really recovered after that as he shot 69 on the last day to finish on 21 under overall alongside Reed.

“It was there for me to win,” Walker told www.pgatour.com. “It was a bummer I didn’t close the door on it.”

Hideki Matsuyama, who shared the lead with Walker going into the final day, missed birdie chances on each of the last four holes as he shot 70 and fell one short of the playoff.

Joining him on 20 under were Russell Henley and Jason Day, who became the second player of the day to equal the course record of 62 after Chris Kirk first managed the feat in the morning.

Reed turned professional in 2011 but had to wait until 2013 to record his first top 10 finish which came at the AT&T Pebble Beach National Pro-Am. Later that year, just 13 days after his 23rd birthday he won his first PGA Tour event at the Wyndham Championship beating Jordan Spieth in a playoff.

In 2014 at the Humana Challenge, Reed announced himself to the golfing world by setting the PGA Tour record for the most strokes under par after 54 holes. He shot three consecutive rounds of 63 to go into the final round -27. He also became the first player in PGA Tour history to open a tournament with three rounds of 63 or better. But it was in March when Reed secured his finest career moment to date. His victory at the WGC-Cadillac Championship meant he became only the fifth golfer to win three PGA Tour events before his 24th birthday. The other players to do it are Tiger Woods, Rory McIlroy, Phil Mickelson and Sergio Garcia.

It moved Reed up to 20th in the World Rankings and also the first PGA Tour golfer to have three wins before playing in his first major.

His fine form meant Reed was selected in his first Ryder Cup and he was undoubtedly the best American on the team with a 3-0-1 record. He also became the pantomime villain when he raised his finger to his lips to the home crowd after holing at putt at Gleneagles.

Reed is building a reputation for being outspoken. During the first round of the WGC-HSBC Championship in China, Reed came under scrutiny for using a gay slur when he missed a short putt and later apologised on his Twitter feed. He also had eyes rolling after his win at the WGC-Cadillac Championship by declaring himself as “one of the top five players in the world.”