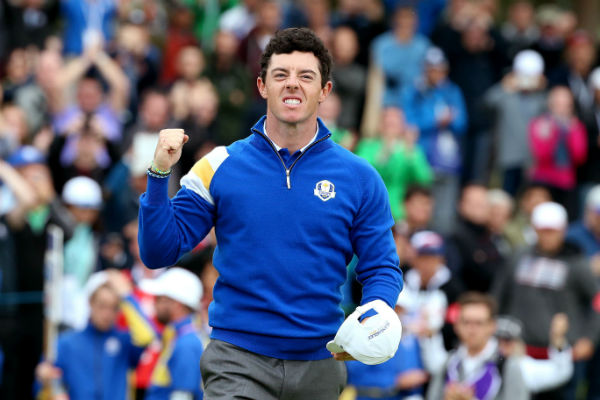 By Richard ForresterDecember 16, 2014No Comments

World number one Rory McIlroy has added to his trophy collection for 2014 by being named the European Tour Golfer of the Year after a stunning season.

The Northern Irishman won back-to-back majors in the Open Championship and U.S. PGA Championship on top of the Race to Dubai and claimed top spot on the PGA Tour money list.

The 25-year-old also won the WGC-Bridgestone Invitational and the BMW PGA Championship at Wentworth, and adds the honour to the Golf Writers Trophy he was awarded last week.

And he played in all five sessions as Europe won the Ryder Cup at Gleneagles, claiming three points as the United States were defeated 16.5-11.5. Which all in all makes for quite a season.

“To be named the European Tour’s Golfer of the Year for a second time is a huge honour and one I am extremely proud of,” he said.

“If I had won any one of those four titles it would have been a good year, but to win all four, to win The Race to Dubai, and to be part of another fantastic European victory in The Ryder Cup, means it is a great one.

“This award is a very nice way to round off the year. The European Tour has always been good to me, so it is always special to be recognised in this way. Hopefully I can have more years like this one and win the award again.”

The award is decided by a panel comprising members of the Association of Golf Writers and commentators from television and radio and McIlroy has been awarded the honour for the second time after also winning in 2012.

European Tour chief executive George O’Grady said: “The 2014 season will go down as one of the greatest in the European Tour’s history, and it will be defined by Rory McIlroy’s astounding accomplishments on the global stage.

Read: 10 things you may not know about Rory McIlroy

“Europe’s performance to retain The Ryder Cup and Martin Kaymer’s dominant victories in the US Open and Players Championship on the US PGA Tour alone would have made it a year to remember for European golf, but Rory’s victories in four of the biggest championships on our international schedule will ensure the story of this season is retold for many years to come. Quite rightly, therefore, it is Rory who receives our Golfer of the Year Award for 2014.

“Rory is a fine ambassador for the game of golf and a loyal supporter of the European Tour, as he has shown with his backing of the Irish Open next year, so we are all very proud of his success, not only during this year but across his career to date.”