Rory McIlroy – The Making of a Champion 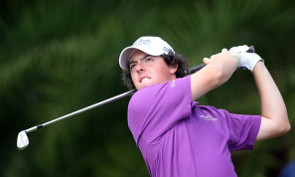 We all have a wish list of things we would do if we won the lottery. Rory McIlroy may not have won the lottery but his success on and off the golf course has lead to many lucrative endorsement deals which in turn have lead to a seriously healthy bank balance!

That bank balance has enabled him to do what all golfers would do if they had the chance…build a mini golf course in the back garden! In a development that reportedly set him back hundreds of thousands of pounds, McIlroy has had four putting greens installed and has had specific types of grass planted to simulate conditions he will face when playing in the various majors including the US Open and the Open Championship. He can now practice from thick, lush US Open style rough or from long, whispy rough he may stray into on Scottish links courses. One of the greens has also been fitted with a bunker that is an exact replica of the infamous Road Hole bunker from the St Andrews Old Course. A team of green keepers have been employed to maintain the condition of the mini course. 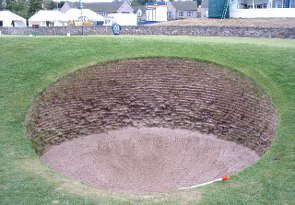 McIlroy attributes some of his recent success to his new practice facility and made the point that although it was an expensive investment it has already been paid for by his stunning win at the US Open. The young Irishman also suggested it was evidence of his commitment to living in Northern Ireland for the rest of his days.

Rory’s compatriot Darren Clarke is impressed with the youngster’s development and has insisted it won’t be long before he has a head to head with Rory around his new mini course.