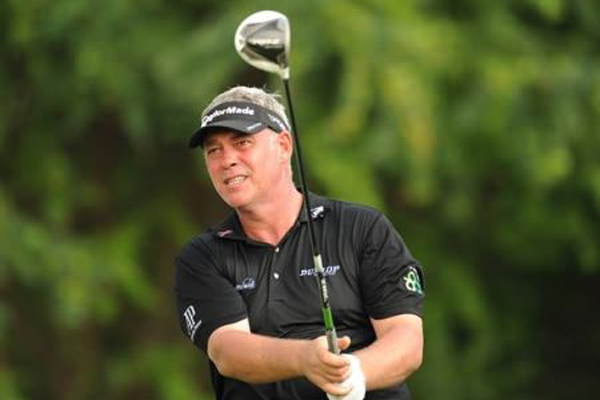 The issue over who will be named the next European Ryder Cup captain has been bubbling away ever since that miraculous day at Medinah last September. Your Golf Travel Ambassador, Darren Clarke, has long been viewed by many as the ideal man to take the reins from Ollie for the 2014 matches at Gleneagles but Paul McGinley, who of course sunk the winning putt at The Belfry in 2002, is also a strong contender and recently Colin Montgomerie’s name has also been thrown into the hat.

While Monty and McGinley have both declared a strong interest in leading Europe on home soil – Monty would surely love doing so in his home country – Darren has recently stated that if he were asked to do it in 2014, it would be a difficult decision.

That is the impact of a dramatic upturn in his on-course form over recent weeks and months. Since winning the Open Championship at Royal St Georges in 2011, Clarke has suffered on the course but in recent weeks his game has been on the up and his scores have been on the down.

In December we reported on Darren’s Top 25 finish at the Thailand Golf Championship; a good result that was promptly followed by a tie for 8th at the Australian PGA Championship. His form then, is certainly improving.

This week Darren is playing in South Africa at the Volvo Golf Championships; a tournament that could play a big part in the Ryder Cup captaincy decision which will be announced in the coming weeks. Should Clarke’s form continue to improve then he may well fancy his chances of being at Gleneagles as a player rather than as a captain.

Needless to say our fingers are crossed for Darren this week and having seen the weather conditions during round one at Durban Country Club, we can only hope the tough nut who grew up playing the windswept links of Royal Portrush copes with them better than others.

Of course, should Clarke play well and miss out on the captaincy for 2014 he would surely be a shoe in for the job in 2016 when Team Europe will travel to Minneapolis to take on the USA in their own back yard. Bernhard Gallagher certainly thinks so anyway.

The three-time European Ryder Cup captain has called for both McGinley and Clarke to be named as Ryder Cup captains in 2014 and 2016 respectively. “I would go for Paul at Gleneagles and Darren in America, where he is very well known,” said Gallagher.

Whatever happens over the next few weeks we wish Darren all the best and will surely see him as a Ryder Cup captain in the not too distant future. Perhaps, rather than McGinley, he would be the best man for the job on the other side of the pond in 2016 anyway. After all, he was a Vice Captain and thus part of the Mircale at Medinah!