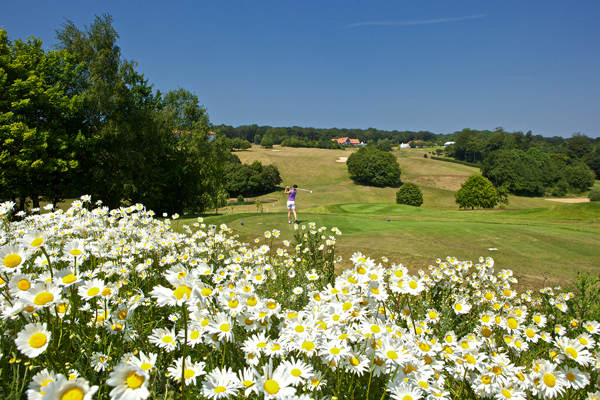 The last few days or so have seen a much welcomed change in weather, following a pretty dismal spell over the past few months. And as a keen golfer, this only means one thing – time to hit the fairways!

And speaking of fairways, if you’re after exceptional ones then why not head to the Opal Coast in France – a golfing destination which offers real convenience for UK travellers compared to that of its popular rivals, Spain and Portugal. All you need to do is pack a weekend bag, chuck your golf clubs in the back of the car and head to Dover – then the Eurotunnel will take you across the channel to Calais in just 40 minutes!

Now you may be thinking why head over to France when you can stay in the UK. Well you’d be surprised at just how easy it is to reach from the south of England and just how cheap the Eurotunnel is when you’ve got a car full of golfers and golf bags – meaning no club rental and you can share the petrol money. The short Eurotunnel journey from Dover means that it’s easier and quicker to reach Northern France than many parts of England let alone the UK.

So which direction do you head when you’ve reached France? Well one of the most popular French golfing destinations is the Opal Coast – an area of France which is overflowing with terrific golf hotspots – one of the most interesting and spectacular is Saint-Omer – just a 30 mile drive from Calais!

This French commune of Saint-Omer is also known as the “town of yellow bricks” – this nickname comes from the old Flemish style yellow-brick houses which line the streets. However, the yellow brick houses aren’t the only reason to visit Saint-Omer – it offers a superb escape for golfers from the UK to enjoy some truly unique tracks that you just wouldn’t be able to find in the UK.

The most popular accommodation in the area is Hotel Du Golf Aa Saint-Omer, which has been described as “the hottest new golfing destination in Northern France”. The hotel, which was opened in 2008, has one of the most envious locations in golf, sat just to the left of the 9th hole of the championship course at Aa Saint-Omer Golf Club; it offers stunning views which overlook the undulating fairways of the course.

The Hotel also boasts 54 superbly appointed guestrooms which have been perfectly designed for golfers, so it’s easy to understand why Hotel Du Golf Aa Saint-Omer is quickly becoming one of the most popular destinations for golf in Northern France.

Hotel Du Golf Aa Saint-Omer provides intimate dining facilities in the form of the ‘Lodge’ restaurant – a dining area which is both quiet and relaxed. Both the bar and restaurant offer flawless service and scrumptious dishes, and the wide ranging menu mean that there is something for everyone. Or if you prefer views of the golf course while you eat and relax then why not try the ‘Ristandel’ in the clubhouse – a restaurant which is a favourite with golfers and non-golfers. 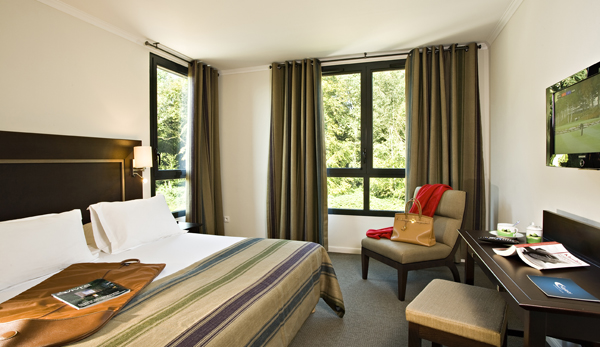 Rooms at the hotel are all well equipped with the usual amenities you would expect from a top-quality golf hotel.

If you’re someone who prefers accommodation which is more historical than modern you’ll be pleased to know that there are a couple of really special chateau hotels in the Saint-Omer area – Chateau Tilques and Hotel Clery, both which are perfectly situated just a few minutes from the centre of Saint-Omer.

Chateau Tilques dates back to 1891, but was recently refurbished and developed to a high standard – helping to add to the hotel’s charm and character. The 53 bedrooms offer one of the most luxurious country retreats in France. Chateau Tilques is the perfect accommodation for gourmet enthusiasts as it features some of the best gastronomy in the Saint-Omer region – Le Vert Mesnil is where celebrity chef, Jamie Oliver, cut his culinary teeth.

Hotel Clery is perched above raised ground which overlooks the stunning Boulogne countryside – providing top-quality accommodation in particularly grandiose surroundings. Built in 1766, this chateau offers 27 guestrooms which all retain the charm and character of the chateaus early days. Hotel Clery is also has a comprehensive health club, which includes a fitness suite and sauna.

As you would expect with any popular golf destination, there is a famous golf course in the region. The course, which goes by the name of Aa Saint-Omer Golf Club, hugs the banks of the River Aa and is among the highest of elite golf courses in France. The golf complex is made up of the outstanding championship track and a short executive course – so there will be something for every golfer at Aa Saint-Omer Golf Club. 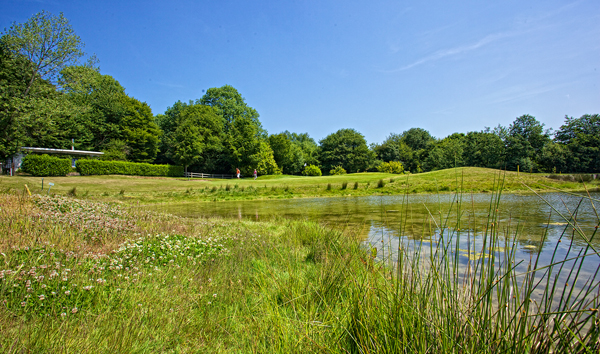 The annual Open de Saint-Omer is held at on Le Vale and is the second most popular golf competition to be held in France.

Le Vale is the main event at Aa Saint-Omer, the picturesque par-73 layout will provide a strong challenge for even the most seasoned golfer. It stretches to 6,800 yards from the tips, so is not ridiculously long but don’t underestimate it, as the fairways are narrow and the greens are well protected. Le Val is renowned across the country for it’s, all year round, immaculate fairways and greens which is perhaps why it is host to the Saint-Omer Open – an annual Tour event which has taken place since 1997. This just goes to show the prestige that goes along with Aa Saint-Omer – it is guaranteed to be the highlight of a golf holiday to the Opal Coast.

The nine hole academy course, La Haute Drève, is perfect for higher handicappers or those just starting to learn the game of golf. With a number of charming holes, the parkland layout adds another dimension to the golf complex, and helps to explain why Aa Saint-Omer is a firm favourite with those who are regular golfing visitors to France.

Away from the golf there are a number of interesting things to discover in the town of Saint-Omer. Since Medieval times an exciting market has taken place in Place Foch every Saturday from 8 am till midday, here local goods are proudly presented alongside produce from further afield, including the most delicious saucissons from the Auvergne.

During the month of May, Saint-Omer hosts a flower market and, during September, a flea market takes place, however something that is available to enjoy all year round is the local brew ‘La Bière de St. Omer’, is brewed just outside of the town and exported world-wide.