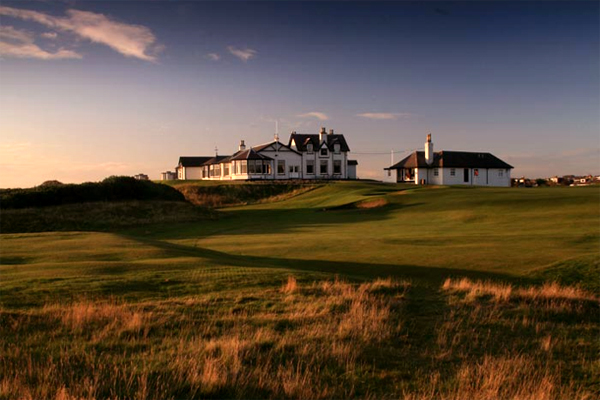 For the last two years the Scottish Open has been held at the amazing Castle Stuart Golf Links which sits just North of Inverness, precariously at times on the banks of the Moray Firth. The same will be true in 2013 and to be honest, there are few venues in Scotland that can match Mark Parsinen’s follow up project to the equally stunning Kingsbarns Golf Links, which needless to say, bodes well for the tournament.

Castle Stuart is relatively new golf course, having been only been opened for play in 2009, especially when you consider the age of the course that will host the 2014 Scottish Open, Royal Aberdeen.

Originally known as the Society of Golfers at Aberdeen, Royal Aberdeen is thought to be the sixth oldest golf club in the world, having been founded way back in 1780. However it wasn’t until 1886 that the club moved to the Balgownie Links upon which it has sat to this day and it wasn’t until 1903 that it was awarded the “Royal” moniker.

The course at Royal Aberdeen has not simply settled down with its lofty status, happy to rest on its laurels as one of the few “Royal” courses as many a prominent course architect has had a hand in shaping the Balgownie Links into the supreme test of golf that awaits those visiting Scotland today.

A trio of Simpsons had a hand in designing the course. Robert and Archie were followed by the better known Tom Simpson who was in turn followed by the likes of J. H. Taylor, James Braid and Donald Steel.

For the entire front nine at Royal Aberdeen, you are within touching distance of the North Sea.

A traditional out and back links, Royal Aberdeen, which is not as well known as some of Scotland’s other historic golf courses, is supremely popular among those in the know, particularly the front nine which many believe to the best in the country. The first hole sees golfers teeing off under the watchful gaze of the clubhouse and those inside, with the fairway heading straight for the North Sea. Two solid blows and a couple of putts later and the course takes you out along the shoreline and through some monstrous dunes until you turn for home and head onto higher ground which offers fantastic views in every direction.

More exposed to the elements, the back nine is arguably harder than the front so get scoring early as, taking on the course when the wind is really blowing is no easy feat. A links course as traditional as they come, Royal Aberdeen features humps and bumps, hollows and swales as well as the rough covered dunes, gorgeous yellow gorse and treacherous, sneakily placed bunkers, many of which are of the pot variety.

A stunning front nine and a back nine that certainly qualifies as a tough nut to crack are two of the main features at Royal Aberdeen. Another distinguished feature of the course are the par 3s. Three out of the four are of a pretty standard length, featuring greens that pop up in a sea of long, thick fescue that is broken up only by pot bunkers – the 8th green is protected by no less than 10 of them – and walkways. The other, the 3rd, is a monstrous 240 yarder that will require many a golfer’s Sunday best.

Although picking a signature hole here is a tough task, the par 3 8th is a cracker…just don’t miss the green!

Keep your ball in play from the tee and you can’t fail to enjoy this wonderful course. Like many great links courses, your shot selection is reactive to the elements, often dependent on the wind direction and with most of your shots from inside 100 yards or so; you have endless options and the chance to be really creative. This is not simply a case of grip it and rip it. Thanks to the fast running nature of the links golf you can bump and run it, use the natural contours to your advantage and even putt from 50 yards if the mood strikes!

The decision to move to Royal Aberdeen in 2014 is testament to the quality of the course which has a history of hosting prestigious tournaments, having most recently welcomed the 2011 Walker Cup.   The 2005 Senior British Open was also held at here with links master Tom Watson emerging victorious.

The quality of Royal Aberdeen cannot be questioned. It is a true classic. However with such a remote location you may be thinking driving all that way may not be worth it for just one golf course. Well fear not as Aberdeenshire is home to a number of courses well worth the trip.

With recent developments like Trump International Golf Links and other future courses planned, the old will be joined by the new in Aberdeen, furhtering the North East corner of the country as a golf holiday destination.

The likes of Cruden Bay and Newmachar have long been flying the Aberdeenshire flag and in recent times, the likes of the notorious Trump International Golf Links have joined the party. Trump has also recently had plans approved for his second course in Aberdeen so, in terms of golf; the place is going from strength to strength.

For lovers of links golf; Scotland is a must and for those who have had their fill of the more traditional golfing hotspots such as East Lothian and St Andrews; Aberdeen and its flagship course are not bad places to start looking when it comes to booking your next pilgrimage to the Home of Golf. Just one word of warning…you may have noticed the word traditional popping up throughout the article so be sure to pack a jacket and tie if you want to enjoy some food and a couple of well deserved drinks in the clubhouse!