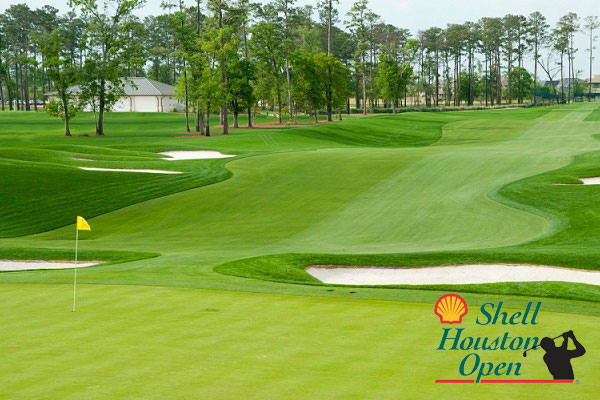 The PGA Tour stays in Texas this week for the Shell Houston Open, the final tournament before next week’s Masters. We cast our eye over the field to find some attractive betting propositions for the week.

LAST YEAR: Points began the final round one shot behind leaders Stewart Cink and Bill Haas, but passed them with six birdies to finish at 6-under on the day for an overall total of 16-under. Henrik Stenson and Billy Horschel also shot 6-under, and finished in a tied for second place at 15-under.

THE LOWDOWN: Although it was moved last season, the Shell Houston Open has traditionally been contested in the week prior to the Masters and the Rees Jones designed layout is always set-up to replicate the shaved green banks and lightning putting surfaces of Augusta. Fred Couples once said of the course, “It’s certainly not Augusta National, but they do their best to make you feel like you’re there”. That assertion is certainly backed by the sight of Masters champs Adam Scott and Phil Mickelson among recent past winners.

As the course is set up to resemble next week’s Masters test, the same attributes are required to score well – namely a solid all-round game and scrambling. With a premium placed on the short game, those who have a good week on and around the greens will fare well on the 7,441-yard layout.

BEST: Keegan Bradley (25/1) may have put the writing on the wall for a prosperous fortnight with his runner-up finish at Bay Hill behind Matt Every. That was just his first top-5 of the season in what might prove the turning point of his year. Importantly, the American found form with his putter – something that has thus far eluded him in 2014. Bradley clearly likes it here, having posted two top-10s in his past two visits, including a T4 in 2012. He’s one of the best scramblers on Tour (ranked 6th) and with the added bonus of his power off the tee; Bradley brings the form and game to rate a leading contender this week.

VALUE: On a course that resembles Augusta it could certainly pay to follow a man who has already conquered her slick greens, namely 2011 Masters champion Charl Schwartzel (40/1). Previous Green Jacket winners Scott and Mickelson have enjoyed success here and Schwartzel did register a T3 finish at this event in 2010. The South African has made a solid start to the year, with a 5th at Riviera and T9 at Doral from three starts in strokeplay events. Having ranked inside the top 10 in the Putting Average stats in seven of his past nine starts, you’d imagine if Schwartzel finds plenty of fairways and greens this week, his form with the flatstick will put him right in contention – at a nice price too.

ROUGHIE: A potential sleeper in this week’s field is Aaron Baddeley (125/1), one of the best exponents of the short game on the PGA Tour. Baddeley ranks 3rd in the Strokes Gained-Putting and 12th in the overall Scrambling stats, two attributes that should hold him in terrific stead here in Houston. Six cuts made in seven starts bodes well for a player who has struggled to find form in recent years. We fancied Baddeley’s chances at Bay Hill two weeks ago and he strung together three sub-par rounds to be in the mix before a final day 77 saw him finish T35. He posted a T4 here in 2011 and with three Aussies saluting in the past five weeks (Day, Senden and Bowditch), you can imagine Baddeley would be keen to join the party.

FANTASY BANKER: Henrik Stenson – The man who conquered both tours last year may have endured a sluggish start to 2014, but his T5 at Bay Hill suggests he could be peaking in time for the Masters. The Swede topped the Driving Accuracy and Greens In Regulation stats for the week and comes to a course where he tied for second last year and finished T3 in 2009. Stick him in your Fantasy stable this week and keep him for the Masters.