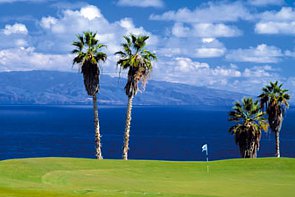 Lying off the Atlantic coastline of Africa, the Canary Islands benefit from remarkable climate due to their southern location, which is why the Spanish outcrop is a favourite for golfing sun-seekers. The amazing volcanic islands are now within the scope of countless low cost airlines, making an escape to the sun even more attractive.

The largest of the Canary Islands is Tenerife which, thanks to a good selection of golf courses being open and several major projects in the pipeline, is fast becoming a major golf holiday destination.

One of the key attributes of the Canary Islands and Tenerife in particular is the fantastic year round climate which, thanks to an ever present sea breeze combining with the Gulf current, is simply ideal for playing golf. The temperature in winter averages between 17 and 21degrees and in the summer it rarely rises above 23 degrees. With only a few days rainfall per year, Tenerife is the ideal place to play golf, summer through winter.

Abama is arguably the best course on the Island of Tenerife.

Tenerife’s varying topography also allows for great variety when it comes to designing golf courses. The magnificent peak of Mount Teide towers some 4,000 metres above sea-level, over a wide variety of different sceneries and climates. From the desert like conditions of the south to the lush, tropical surrounds of the north, there is something to suit all tastes and no matter which end of this fascinating island you head for you can be guaranteed of finding a golfing gem.

One of the best things about Tenerife – apart from its superb climate, spectacular scenery and great beaches – which makes it such a great golf holiday destination is the fact that everything is so close by. A golfer could play a leisurely round at the Real Club de Golf de Tenerife in the north of the island, have a relaxing lunch and motor south in plenty of time to tee off for an afternoon round at any of the five courses in the south. This island then, is perfect for both resort loving loungers to more adventurous golfers who like to explore via a tour.

Some holes at Costa Adeje seem as if they are clinging on to the edge of the world.

Let’s start at the top with the opulent Abama Resort, located roughly halfway up the island’s western shoreline, one of Europe’s most sought after destinations; this is the spot for couples and small groups in search of the best in service, dining and facilities, not to mention golf and accommodation that is truly five star. The views aren’t half bad either!

Golfers are treated to plenty of sea views at Amarilla.

Sticking to the west coast, we’re also big fans of Golf Costa Adeje, a 27-hole golf complex carved out of the distinctly Canarian landscape that has European Tour pedigree having hosted the 2003 Canaries Spanish Open. Designed by Pepe Gancedo, the course, which overlooks the sea and the island of Gomerada, fits seamlessly into the natural terrain and the views are absolutely breathtaking.

Bordering the Atlantic Ocean on the south coast of the island, the cliff top Amarilla Golf and Country Club affords you amazing views of Mount Teide. The landscape is home to a host of indigenous Canarian flora and fauna, and also an excellent Donald Steel designed golf course. Inaugurated in 1989, Amarilla has hosted the Tenerife Open, a European Tour event, which is testament to its undoubted quality. Although this course has been designed to challenge the game’s best players, a number of tee positions allow golfers of all levels of ability to find their comfort zone and enjoy this excellent course.

Las Americas offers great views of Mount Teide and a great test of golf as well.

Head south west and you will come across Golf Las Americas which is situated at Playa de las Americas, the major resort in the south of the island. A very gently sloping course, protected from the wind by the surrounding range of hills; Las Americas plays to a par of 72 and measures 6,607 yards. Punctuated by charming streams and waterfalls, this course enjoys a tranquil setting, making it a special place to play. The undulating greens are perhaps the most challenging part of the course; locals will always advise you to keep the ball below the hole to leave an uphill putt!

In the north you will find Real Club de Golf de Tenerife. As the only course in the Northern area of the island this is a must play and is the second-oldest course in Spain, having been founded in 1932. Surrounded by the rich vegetation that is predominant in the Northern area, the Real Club de Golf de Tenerife is an intriguing layout that will test even the finest of golfers. At 600 metres above sea level the rolling fairways need fit legs to walk them but the spectacular views are well worth the effort. Set against the backdrop of the Teide Volcano; be sure to include this established golf club in your Tenerife golf escape.

Real Tenerife is the most northerly course on this list and is certainly worth the trip should you choose to base yourself in the South. 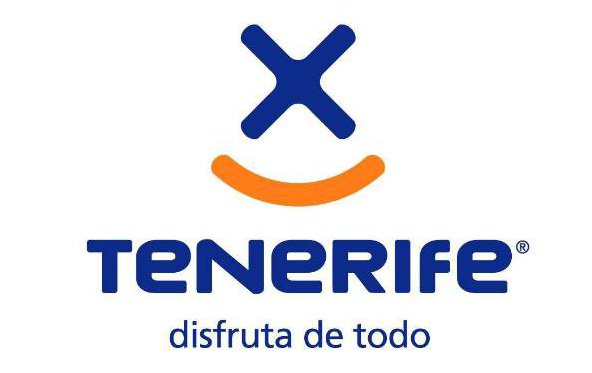