Ten fearless predictions for golf in 2014

With the PGA and European Tours slipping back to first gear in the lead up to Christmas, what better time to cast an eye towards the new year and the golf that awaits?

Arguably the biggest question, as it has been at this time for the past few years: can Tiger win that elusive 15th Major?

Adam Scott, Justin Rose and Jason Dufner joined the elite group of players to taste success in one of the big four events in 2013. Who – if anyone – will break their maiden status in 2014?

We cast our eye into the crystal ball to bring you 10 fearless predictions for the 2014 season of golf.

1. Adam Scott to finish the year as the world’s No.1 player 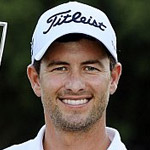 It’s been more than 15 years since an Australian held sway at the top of the world golf rankings, but Adam Scott will end the drought by overtaking Tiger Woods for the mantle next year. With three top-5 finishes in the 2013 majors – including a breakthrough victory at the US Masters – coupled with his blistering late season form on home soil, Scott looks poised for a career defining year.  It will be especially so with his looming switch back to a ‘normal’ putter ahead of the 2016 rule changes.

OK, so I’ve just potted him to get knocked off the top spot, but I do believe Tiger is in terrific shape to secure that elusive 15th major championship in 2014. Clearly he is back playing well enough (he collected five victories this year) and importantly, next year’s host venues should give him every chance. Woods was the last player to win a major at both Hoylake and Valhalla – the courses set to host the Open and USPGA respectively – while he has finished third and second in the last two US Opens held at Pinehurst No. 2. It could be there where he gets back on the horse. 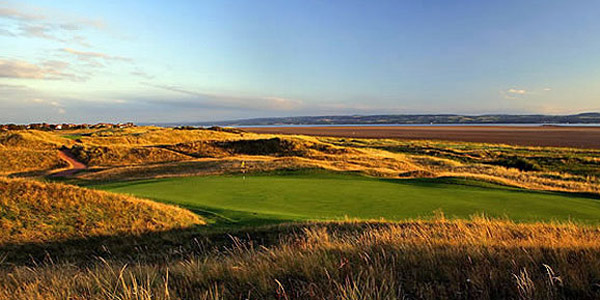 3. No majors … but Rory McIlroy will win on Tour before April

After his disastrous 2013 campaign, things can only go up for McIlroy next year. With his legal battle with Oakley now put to bed and things seemingly patched up with girlfriend Caroline Wozniacki, the former World No.1 showed signs that his game was coming together toward the end of the year. McIlroy finished in a tie for fifth at the season-ending DP World Tour Championship in Dubai, following his seven-under 65 in the first round at the WGC-HSBC Champions. It might be too soon to start talking majors again, but he’ll be back in the winner’s circle before the Masters.

4. Jason Day to break through for his first ‘big one’ 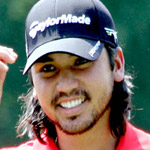 It’s hard to fathom that Jason Day – the best performed player across all four majors this year alongside Adam Scott – has just one PGA Tour victory on his resume. But it won’t be that way for much longer. After his near-misses at the Masters and US Open, a top-10 finish at the USPGA, and his recent victory at the World Cup of Golf, Day will add at least one Tour victory to his credit next year en route to a maiden major title.

5. Henrik Stenson’s surge to stall as he remains major-less

He’s arguably the best player in the world on form at present, but every fire can only rage for so long. Stenson has climbed to No.3 in the world on the back of his historic dual FedEx Cup and Race to Dubai triumphs, with many tipping him to challenge Woods and Scott for the crown. But the Swede only needs look as far as last year’s European Order of Merit winner, Rory McIlroy, to see how quickly things can change in a year. Season 2013 is going to be a tough act to follow for Stenson and I have my doubts whether he’s got the touch around the greens to secure victory in one of golf’s big four events.

6. Hideki Matsuyama to challenge on Sunday at Augusta 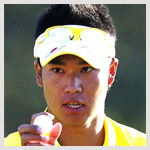 With the attention surrounding rising American star Jordan Spieth this year, it was easy to overlook the emergence of another potential world-beater. Japan’s Hideki Matsuyama created a serious impression during his first Presidents Cup in October, following three victories and a pair of top-10s at the US and British Open. The 21-year-old only turned pro this year, having made the cut both times he played the Masters as an amateur in 2011 and 2012. He’ll set tongues wagging next year with a top-5 finish at Augusta National.

7. Lydia Ko becomes the youngest ever golfer to win a major

After turning pro last month, teenage golf prodigy Lydia Ko will capture her first major and become the youngest major champion in golf history. At the age of 14, Ko became the youngest golfer, male or female, to win a professional event on a significant pro tour. She then came within a whisker of achieving the feat at this year’s Evian Championship in France, finishing runner-up to Suzann Pettersen. But in 2014, the stars will align for the 16-year-old as she creates history.

With flashbacks to Martin Kaymer’s final putt still haunting them in their sleep, the Americans will sink to a third-straight defeat in the Ryder Cup. Spurred on by Ian Poulter’s final-day heroics and an impressive debut from Frenchman Victor Dubuisson, Team Europe will emerge from Gleneagles with bragging rights and the trophy.

9. Kiradech Aphibarnrat to finish top 5 at the WGC Cadillac Championship 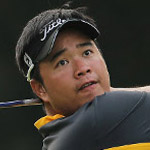 Thailand’s Kiradech Aphibarnrat is another of the under-25 brigade to take huge steps forward in 2013. Having began the year ranked at No.193 in the world, the 24-year-old has sliced that to currently sit at 60th. His reputation was enhanced following a T5 finish at the World Cup of Golf and a sensational third-placing at last month’s CIMB Classic. Having all-but sewn up the Asian Tour’s Order of Merit, Aphibarnrat will score invites to the British Open and WGC Cadillac Championship next year. He’ll be a serious contender at the latter.

Sure, it won’t be official until early 2015, but Your Golf Travel Ambassador Darren Clarke will be prohibitive odds to lead Europe into battle at the 2016 event.