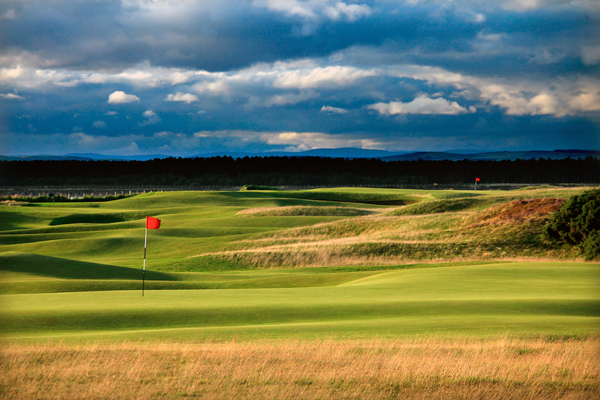 With the PGA Tour finally coming to a close last week, we golf fans can now look forward to one of the highlights of the European Tour calendar, the Alfred Dunhill Links Championship.

The famous tournament where the rich and famous rub shoulders with the golfing elite on three of Scotland’s finest golf courses will be played for the 13th consecutive year this week.

Based on the successful concept of the AT&T National Pro-Am, played at Pebble Beach each year, The Alfred Dunhill Links Championship was first played in 2001 and despite a testing first year due to poor weather conditions, the tournament has become one of the most interesting on the European Tour circuit.

Two competitions run consecutively at the Dunhill Links Championship. First and foremost, the pros in the compete in a 72 hole strokeplay tournament and, secondly, a better ball pro-am competition takes place with each pro teaming up with one of the amateurs, many of whom are top celebrities.

Over the 1st three rounds, each pair will take the fairways on each of the three golf courses in the rotation with the final round being played on the hallowed turf of the St Andrews Old Course. Not only does the event showcase three of the best links courses in world golf, but the fact that it’s spread over three rather than just one means golf fans can really get up close and personal with the players.

This year’s field includes no less than 12 major champions form years gone by including of course, Your Golf Travel Ambassador, Darren Clarke, who famously won the Open Championship at Royal St Georges in 2011. Darren will be joined on the links by the likes of Padraig Harrington, Martin Kaymer, Vijay Singh, Retief Goosen, Ernie Els and defending champion Branden Grace who hoping to become the first golfer to win back-to-back titles.

From the bright lights of Hollywood we have the likes of Andy Garcia and Hugh Grant, both avid supporters of the event, and from closer to home Sir Ian Botham, Sir Bobby Charlton and Sir Steve Redgrave make up a trio of sporting knights who are set to take to the fairways. Other sporting stars on show include football legends such as Ruud Gullit and Johan Cruyff as well as Tiger Tim Henman, who can even give the pros a run for their money on his day!

The field at this year’s Alfred Dunhill Links Champinship is as star studded as usual.

While the Alfred Dunhill Links Championships is a glitzy affair with leading names in entertainment sport and of course golf strutting their stuff, it is the trio of golf courses on which the event is played that are the real stars of the show.

Often referred to as ‘The Old Lady’, the St Andrews Old Course is arguably the most famous golf course on the planet and probably the only links in the world that retains a sense of mystery every time you tee it up here. Like any classic links, the Old Course is exposed to the elements and the challenge that awaits golfers can change in a heartbeat. Just ask Rory McIlroy who shot the lights out in the first round of the 2010 Open Championship, shooting a major championship record tying 63, before following it up with a weekend warrior like 80! With history at every turn and famous landmarks all over the course, St Andrews is a must for any ardent golfer.

The Old Course is one of the finest tests of golf in the world and it is fair to say the amateurs in the field this week will learn a thing or two from the likes of Darren Clarke, a bona fide links specialist!

Another Open Championship venue lies in wait for the guys at the Alfred Dunhill Championship this week. Carnoustie – known in some corners of America as Carnasty due to its difficulty – is the toughest of the three this week and won’t it be fun watching the celebrity amateurs – see hackers like you and I – toiling away alongside their more esteemed golfing partners? 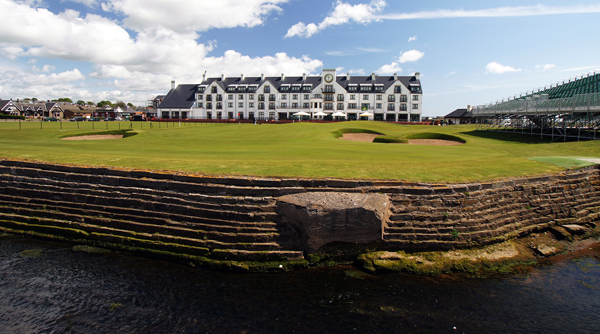 How many amateurs will “do a Van De Velde” on the 18th at Carnoustie this week?

Last but not least is the youngest course on the rotation for the Alfred Dunhill Links Championship. Kingsbarns may have only joined the Scottish golf party at the turn of the millennium but Kyle Philips creation has bowled over all who have played it. Frequently mentioned in the same breath as the best golf courses in the world, this modern links masterpiece certainly doesn’t look out of place alongside its two more storied neighbours.

Holes like the par 5 12th have put Kingsbarns firmly on the golfing map in Scotland.