The best 19th Holes in Golf

Golf is a sport where the 19th is often considered to be more important than the 18 which precede it. We take a look at the best 19th holes in golf, including the famed Jigger Inn with views over the Road Hole at St Andrews, Sawgrass with the largest clubhouse we’ve ever seen, Castle Stuart with its stunning views across the Moray Firth and Royal Porthcawl with a history few could match.

It’s impossible to compile any list of anything to do with Golf without mentioning the home of the game, St Andrews; and up in the old toon the place to be after the last putt drops is the jigger inn, which sits on the famous Road Hole. While the food is reasonably priced and the bar offers a nice selection of Drams and Ales, the real attraction here is the golfing memorabilia that covers the walls and the knowledge that you are surrounded by genuine history. The Jigger Inn dates back to 1850s when it was the station master’s lodge and now, in the shadow of the old course hotel, it serves it’s purpose as the ideal place to relax, unwind and soak in the indescribable sense of nirvana that only that purest of Golfer will truly understand. 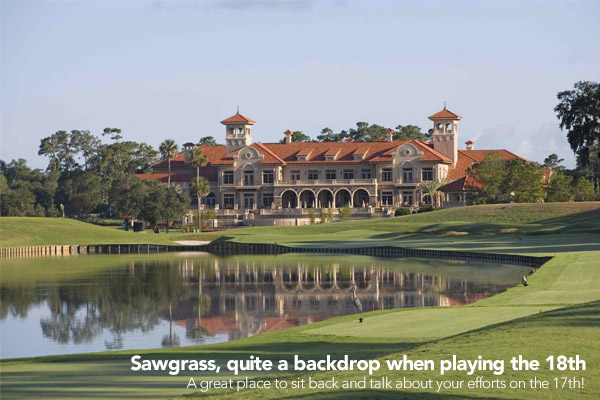 There are clubhouses and there are ‘clubmansions’ but then there is the 77,000 square foot Mediterranean palace that awaits Sunday hackers and Tour Pros alike at the Sawgrass facility in Florida, USA. No matter how many of your balls have found there fate at the bottom of the lake surrounding the infamous 17th, the vast array of dining options and the PGA memorabilia that could fill a museum are sure to lift the spirits. An elegant blend of old world charm and bespoke amenities give an upmarket feel which mirrors the mature yet modern nature of the course the clubhouse serves. With so much to see and do around the clubhouse, make sure you take the time to take it all in, just be careful not to get lost! 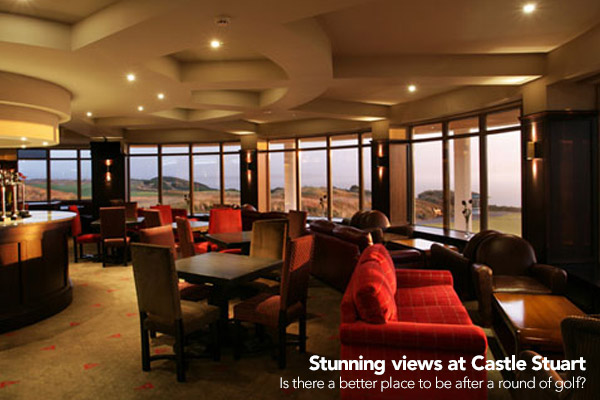 The Art Deco clubhouse at Castle Stuart was designed with one idea in mind, the panoramic view over the Moray Firth. An iPhone photographer’s dream, the multi-level building stands majestically over the course and firth, but the best time to really enjoy the view is at dusk, when a brilliant orange hue dances around the natural shadows of the rolling landscape. When the wind blows the course can be a seriously difficult place to score but mother nature pays the troubled golfer back with a hypnotic backdrop which makes Castle Stuart one of the most important Golfing locations north of the border. 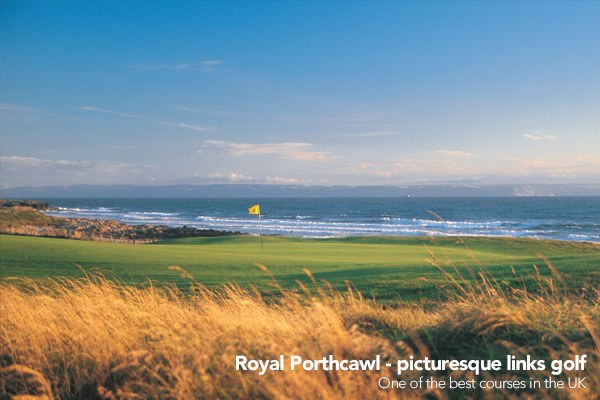 Royal Porthcawl, so named after given Royal status in 1909 by Edward VII, now sits in the formidable shadow of the Celtic Manor Resort in South Wales, however it’s equally formidable history and unrivalled hospitality still means it shines just as bright as its younger cousin. Having previously hosted the Amateur Championship, Walker Cup, Curtis Cup, British Masters, and the Welsh Golf Classic. It is now set to host the 2014 Senior British Open Championship and will provide a stern test of golf with famously strong winds falling in from the Bristol Channel however one thing that all can expect is a refreshing drink and the chance to enjoy the history of Wales’ worst kept secret. While the memorabilia that grace the clubhouse walls can keep even the most astute of Golf historians entertained, the real history can only be found in conversation with a member, who will be sure to tell you of Tiger Woods’ Walker Cup visit and his eventual failure to master the links.

There are many factors that define the ultimate 19th hole; a superb facility, a great selection of drinks, a setting steeped in golfing mythology and a view to keep the jaw fully pressed to the floor can all amount to a great way to end a game of golf. However, what really makes a great 19th are the stories of success and woe, the settling of bets, the congratulations and condolences and the chance to sit back with your mates and remember the great day you’ve just enjoyed. So where will you enjoy your next 19th?