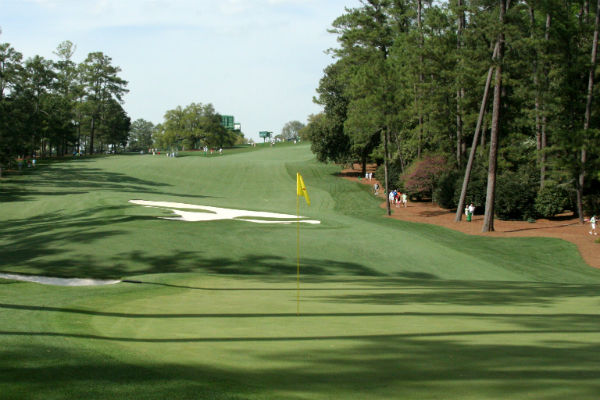 The biggest meltdowns in Masters history

When millions are watching and a golfer needs a few solid swings to claim the biggest tournament win of his career to send him into golfing folklore, you could excuse them for feeling the pressure of the occasion.

Yes, we’ve seen some historic golfing meltdowns in the past. Jean Van de Velde at the 1999 British Open at Carnoustie stands out amongst most and more recently Adam Scott blew a four shot lead with four holes to play at the 2012 British Open.

But when there’s a green jacket on the line, The Masters has seen it’s fair share of meltdowns and, not that we like to revel in the failures of others, some of these spectacular collapses are worth remembering.

It was a moment which is still raw for Australian golf fans. Heading into the final round of the Masters, The Shark was six shots clear of Nick Faldo. However, three straight bogeys on holes 9-11 meant the gap was closed and it was about to get worse.

Norman found the water on the 12th, then lipped out for eagle on the 15th causing him to drop to his knees. He then found water again on the 16th to end any hopes of winning his first Masters.

One of the great golfing rivalries of all time, Arnold Palmer was one shot ahead of Gary Player heading down the final hole of the 1961 Masters. Palmers approach shot found the greenside bunker and he thinned his shot across the green, down the hill and into the crowd.

A chip and a putt would have forced a playoff but Palmer’s chip shot ran 15 foot past the hole and he narrowly missed the putt, handing Player the win.

In 2011, McIlroy headed into the final day with a four shot lead looking to win the first major of his career but the young Northern Irishman struggled massively heading into the back nine.

A triple bogey on the 10th was followed up by a four-putt on the 12th before finding Rae’s Creek with his tee shot on 13. The dream to become the tournament’s second youngest winner was over.

Scott Hoch had a one shot lead heading down the 17th hole of the final round of the Masters but nerves got the better of him on the putting green. He missed a four foot putt to tie going down the 18th. After halving the hole, Hoch and Nick Faldo went into a sudden death.

Faldo bogeyed the first playoff hole and Hoch had a putt for birdie. He missed but had a two foot putt to seal victory. Remarkably, he missed that leaving the ball five foot past the hole. He sunk it but lost the next hole.

Even the legend of his generation, Ben Hogan, was prone to cracking under pressure and in 1946 he suffered a collapse on the final hole.

Tied with Herman Keiser on the 18th, he hit the green in two and had a 12 foot putt to win the Masters. He missed and then missed a two foot tap in to hand the win to Keiser.

Similaraly to McIlroy, Venturi went into the final round with a four-stroke lead but his victory would have been even more remarkable because the American was aiming to become the first amateur to win the tournament.

He hit 15 greens in regulations but lost his bearings when it came to putting. Venturi three putted six times, four of those coming on the back nine. After a final round of 80, he lost by one shot to Jack Burke Jr who started the day eight shots behind Venturi.

Read more: Ten reasons to go to The Masters