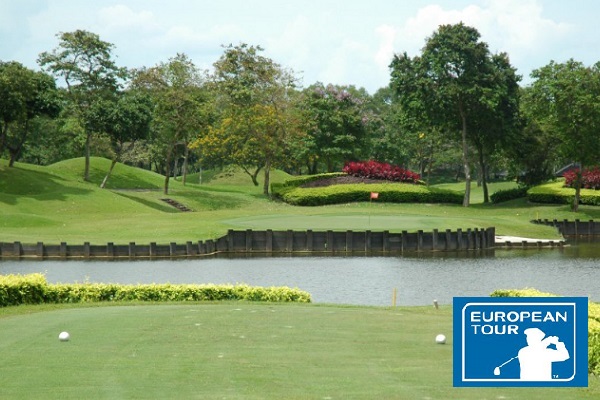 The Championship at Laguna National preview

The European Tour completes its three-tournament swing on Asian soil this week with The Championship at Laguna National. We take a look at the course and likely contenders this week in Singapore.

LAST YEAR: Rumford eagled the first hole of a three-way playoff to win the then-called Ballantine’s Championship, which was held in South Korea. The Aussie had earlier led by two shots until he double-bogeyed No. 17. He then holed a 10-foot par putt at the last to finish at 11-under, forcing a playoff with countryman Marcus Fraser and Scotland’s Peter Whiteford. Rumford then made a 4-foot eagle putt to secure his fourth European Tour title.

THE LOWDOWN: The event formerly known as The Ballentine’s Championship moves from South Korea to Singapore, to be hosted by Laguna National Golf and Country Club. The Masters Course at LN was used for the now defunct Singapore Masters between 2002 and 2007 and is a tight, tree-lined track where water comes into play on 12 holes. The Bermuda Greens can also be tricky to read, so those who can keep the ball in play and have a good week on the greens should post competitive scores.

BEST BET: England’s Andy Sullivan (35/1) is one of the form players engaged this week having reeled off four top-10s in his past six starts. He ranked sixth in the GIR stats last week in China, finishing 8th in a particularly strong field for this time of year. Ranked 21st in Driving Accuracy and 34th for Scrambling, the former Walker Cup representative has the tools to contend again in Singapore.

VALUE: Expect the flatstick specialists to figure prominently this week, and there are few better around the greens in this week’s field than Prom Meesawat (66/1). The Thai star ranks 12th on Tour for Putts Per GIR and comes to Singapore on the back of three consecutive top-25 finishes, including a T2 at the Hong Kong Open, where he figured in the top five in the putting stats.

ROUGHIE: Matthew Griffin (200/1) finished 40th at the China Open in his first start on the European Tour. Last year’s OneAsia Order of Merit winner is well accustomed to playing in this part of the world, and did win the Victorian Open in February.

FANTASY ADVICE: He may not have won near enough for a player of his ability, but that doesn’t mean that Rafael Cabrera-Bello (8.0) can’t be an asset to your squad this week. With four top-10s this year, including a T8 at the China Open last week, his form points towards a solid tournament. Ross Fisher (10.0) is currently seventh in the betting order and looks a chance, while Simon Dyson (8.0) also has claims.