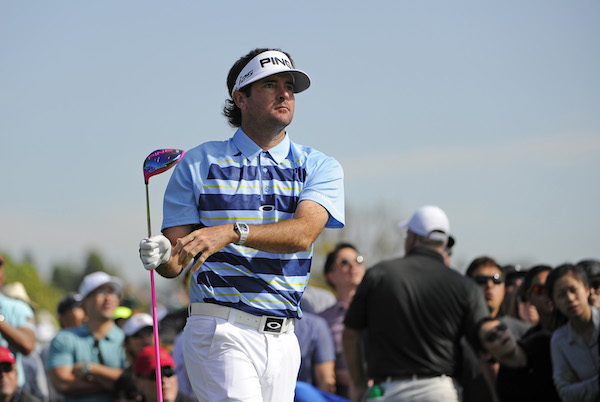 This week’s Northern Trust Open, won with a 25ft putt by James Hahn, is one of the oldest and most prestigious events on the PGA Tour outside the majors, and a little dig into its recent past shows it can also give us some significant clues about the Masters, which begins in under two months.

The Northern Trust, around the long, tree-lined Riviera Country Club track, has a string of top-class winners in the last 20 years, and a remarkable number of them have also landed a Masters green jacket – some in the same season.

The most recent was Bubba Watson, who won both tournaments last year, and Mike Weir (another left-hander) did the same in 2003. But look at other Northern Trust winners since 1990 – they include Nick Faldo, Craig Stadler, Fred Couples, Adam Scott and Phil Mickelson (twice – Weir also won two). All of those players own green jackets.

The key would appear to lie in finding players who can drive the ball long and straight, to give the very best chance of finding the right places on the greens. It sounds obvious but not every tournament sets up this way, and we can expect the cream to rise to the top this weekend.

Last year Watson caught fire over the weekend, closing with two 64s to blitz the opposition. This week, it could pay to side with South African Charl Schwartzel, the 2011 Masters champion who has a strong recent record at Riviera. He’s swinging well this season and hopefully is getting back to his best. With the ability to hit shots like the one in this video, you’d be foolish to count him out.

Another player who always seems to challenge at the moment is Jimmy Walker – he made his Masters debut last year with a highly-creditable 8th place and has all the tools to contend here.