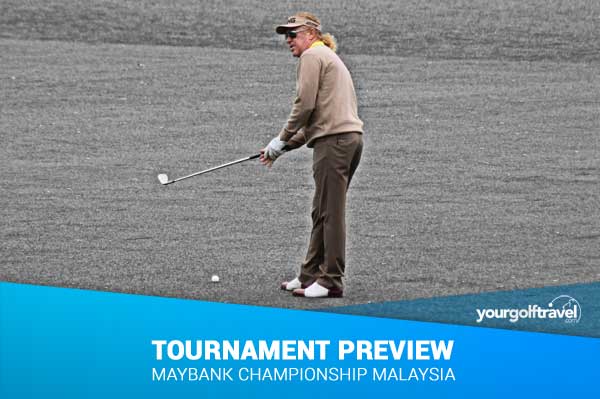 By Nick MartinFebruary 16, 2016No Comments

This week, the European Tour is back in Malaysia for the MayBank Championship with a major winning cast including YGT Ambassador Darren Clarke, Louis Oosthuizen and Martin Kaymer. Darren Clarke, the 2016 Ryder Cup Captain was in Malaysia last month for the EurAsia Cup where he led Team Europe to victory. This is the first ever Maybank Championship of its kind as it was previously named the MayBank Malaysian Open where previous winners have included Lee Westwood, Thongchai Jaidee and Matteo Manassero. This year, the MayBank Championship is held at the Royal Selangor Golf Club which opened in 1893 and is one of the oldest golf clubs in Asia. Checkout our YGT Predictions for who they think will come out on top at the The Maybank Championship this week.

[quote]He has had a strong start to the year and he likes the Asian swing on the European tour. I feel he will bring his major success experience to the course and show the rest how it’s done, even Charl Schwartzel.[/quote] Chris, YGT Product

[quote]Luiten had a really good showing in the desert swing and has 4 top 15’s in his last 4 starts. Given his high finishes in the strong fields he has been playing recently, he gets my vote to get the job done in Malaysia.[/quote] Sam Speering, YGT Marketing

[quote]Miguel is not a stranger to Malaysia, having been the 2014 Team Europe Captain in the EurAsia Cup!! He has had a quiet start to the 2016 season, but be warned! Miguel is one to watch in 2016![/quote] Nick, YGT Marketing

[quote]You have to go all the way back to The British Masters at Woburn (held in October 2015) to find a tournament where Willett finished outside of the Top 30, and with a string of Top 5 finishes in events featuring stellar fields since then, as well as his recent triumph at The Dubai Desert Classic, the Englishman is clearly riding high on confidence. I expect Danny to keep that going this week and in a field where Louis Oosthuizen is the only player anywhere near Willett in the World Golf Rankings (the Englishman recently moved to a career high position of 13th), I expect the cream to rise to the top.[/quote] Rory, YGT Marketing

[quote]Louis will be one of the star names in The Maybank Championship Malaysia. Having enjoyed a solid start to the season, he’ll be a good bet to add to his 7 European Tour titles. The Royal Selangor Golf Club measures over 7,000 yards for its par of 71, so expect ball striking to be of upmost importance to scoring well round here.[/quote] Oliver, YGT Marketing

There you have it! 7 Preview Tips of the MayBank Championship in Malaysia. Check out Your Golf Travel to view our Rest of the World deals from Mauritius to Thailand or Barbados to China.