Last week The Blue Monster welcomed the best players in the world for the WGC Cadillac Championship. Donald Trump had spent more than £250,000,000 renovating the entire Doral Resort and the Blue Monster had been given a makeover by Gil Hanse, the man charged with creating the golf course in Rio de Janeiro for the 2016 Olympic Games.

With changes throughout the course that included at least 7 completely redesigned holes, nobody quite new what to expect from a course that had become a bit of a whipping boy for the world’s best golfers. Last year Tiger Woods strolled to a winning score of -19…this time however, the top 50 in the world weren’t so lucky as the new, more butch Blue Monster reared its head and bared its teeth, leaving the field a bit black and blue by the end of play on Sunday evening. 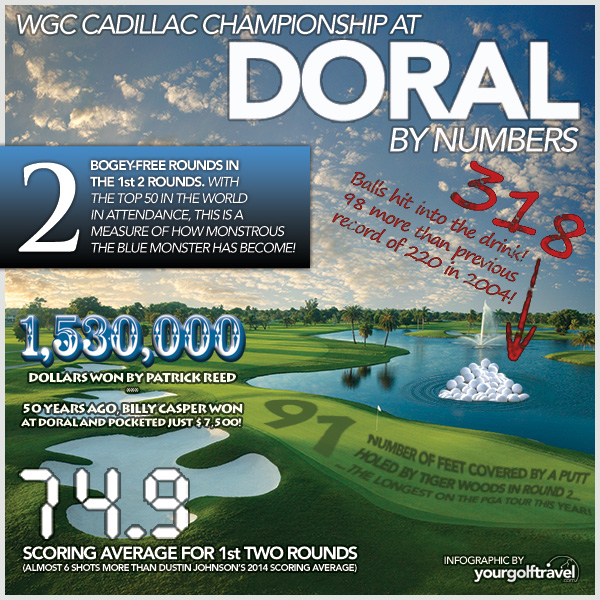 Click here to see some amazing facts and figures about the renovation at Doral and the changes made to The Blue Monster.