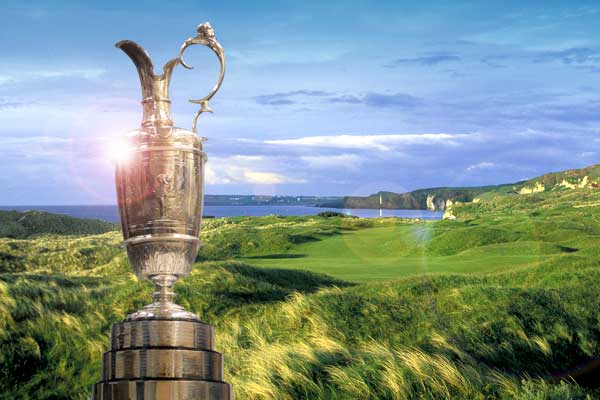 Amidst the uproar following the announcement that Sky Sports will be given the live television rights of the Open Championship from 2017, the R&A has defended the decision and said this is”the best result for golf as a whole”.

Golf’s governing body announced on Tuesday that Sky had been awarded the exclusive rights in a five-year agreement from 2017, taking over from the BBC, which has had a 60-year partnership with golf’s oldest major.

High-profile figures in golf, including Lee Westwood who described it as ‘an absolute disgrace”, have voiced their disapproval at moving from a terrestrial to subscription channel, saying that it could hurt already-declining participation and some suggesting it was a decision made purely over money.

In an open letter, R&A chief executive Peter Dawson defended the call, while saying he recognised that “change, particularly where it involves the BBC, is controversial”.

Dawson said: “Numerous factors were weighed in this process such as quality of coverage, household reach, innovations in the broadcast, commercial considerations and promotion of the Open and our sport throughout the year.

“We have considered this new agreement extremely carefully and firmly believe that…we have achieved the best result not just for the future of the Open but for golf as a whole.”

Dawson also said it was “not possible to make an informed case that participation is simply and directly linked to free-to-air television viewing”, and stressed the R&A is conducting a “comprehensive strategic review” on the number of people playing golf in the United Kingdom and Ireland.

He added: “Our new agreement will enable us to take our support of golf’s development…to unprecedented levels.”

BBC golf commentator Peter Alliss said he had been saddened by the news.

Speaking to BBC Radio 5 Live, the 83-year-old said: “I know they (the R&A) do lots of lovely, lovely things but now when it comes down to the nitty-gritty they have dipped their hands into the money and that’s it.

“I don’t think there will be a golfer that won’t be bitterly disappointed at the news.”

Lee Westwood, the former world number one and 2010 Open runner-up, had his say over the weekend, telling the Sunday Telegraph: “I cannot believe the Open isn’t protected as one of the ‘crown jewels’ – that is an absolute disgrace.

“It’s very disappointing. Look at the viewing figures for Sky compared to the BBC and you have to question it when the number of golfers are dwindling.

“It (the R&A) is the guardian of the game. But it seems to be all money-driven, and Sky are willing to pay more than anyone else.”

The BBC will offer two-hour daily television highlights within the new deal, which begins with the 146th Open Championship at Royal Birkdale in July 2017, plus live radio coverage.