The Open Championship, The Masters and the BBC 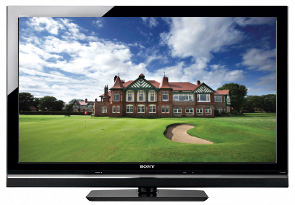 Watch golf on TV? I do every now and again depending on who is on the field. There are however a few events that I simply can’t miss. The Ryder Cup is an obvious one but the two I like watching above all others are The Masters and the Open Championship.  I don’t know about you but part of the magic of the Masters weekend and the coverage of the Open Championship has always been sinking into your armchair, beer in hand (or juice a few years back!), listening to the nostalgic sounds of Peter Allis – a.k.a the voice of golf – and the cheesy BBC Golf coverage theme song, Brian Bennett’s – Chase Side Shoot Up for those who aren’t in the know!

Well, following recent poor showings from “the Beeb” golf on the BBC may be a thing of the past. Golf supremos, the R&A, have warned that they risk losing the rights to the Open all together due to a lack of coverage which has raised concerns over their ability to keep up with the likes of SKY who, of course, broadcast live golf each and every week.

As from next year, the cash-strapped corporation will stop showing live coverage of both the PGA Championship at Wentworth and the Scottish Open at Castle Stuart, leaving the Open Championship and the Women’s British Open as the only annual events that will be shown from start to finish live on terrestrial television.

The Masters kicks off each season’s major championship callendar and has viewed by golf fans in Britain for decades.

As it stands the BBC still have a contract for The Masters, now only for the final two days, with Sky having the rights to show all four rounds of the first major of the season. The R&A’s current deal with the BBC, which has covered The Open for more than 50 years, runs until 2016. While this means talks over a new contract are still some way off, R&A officials have admitted they will be keeping an eye on the BBC to ensure golf’s oldest major remains the showcase golf fans have grown to love and come to expect.

Royal Lytham & St Anne’s will host this year’s Open but will we see it on the BBC again?

It is not just the lack of golf on the BBC that is raising concerns though. While the R&A have had no complaints about the coverage of the Open Championship, recent years have seen the use of “celebrity sports figures”, who seem to have a limited knowledge of the game of golf, step into the fray. Gary Lineker previously presented BBC golf coverage before concentrating on football and more recently Michael Vaughan attracted criticism for his, let’s say, awkward post round interviews with players such as Tiger Woods, who had to remind the former England cricket captain that he had won 4, not 3, Green Jackets at the Masters. Vaughan also left for holiday before the end of play on the Sunday leaving viewers without the chance to hear from the tournaments leading contenders.

When asked about Vaughan’s role as a post-round interviewer, Dawson added: “It seemed rather unusual. But matters like that are best left to the BBC.”

At this year’s Masters, Peter Allis said of the BBC’s continuing loss of live events, “It’s like playing poker with someone who has millions when you only have hundreds. The BBC can’t compete.”

I guess I will have to find a copy of Brian Bennett’s Chase Side Shoot Up to play in the build up to the Masters and the Open and pray that SKY offer Allis the gig!