The Players Championship has for many years been well known as the 5th major attracting the biggest names in golf. Taking place at the Sawgrass Resort in Florida, golfers will take on the challenging Stadium Course that has witnessed some of the most memorable moments in PGA history. The iconic par 3 17th on the Stadium Course is arguably the most famous hole in golf with the island green surrounded by water. Every year, the 17th is always the highlight and has a similar atmosphere to the 16th at TPC Scottsdale.

The Players Championship this year is set to be one to remember, with so many of the big names playing well, with the likes of McIlroy, Johnson, Spieth and Garcia all playing well. With Mcilroy recently signing a deal with TaylorMade, all eyes will be on him this week as he plays with the full TaylorMade set for the first time. Sergio will be keen to push on from his first major victory at Augusta and Dustin who sadly missed out at Augusta, will be eager to get back in the winner’s circle after his incredible start to the 2017 season winning three tournaments in a row.

The TPC Stadium Course is one of the most popular courses on the PGA Tour, having been the home of the Players Championship since 1982. The famous par 3 17th is, of course, the highlight, havebut as a whole, the Stadium Course is one of the finest championship courses that the pros play. The course was designed by renowned course architect Peter Dye but it was his wife Alice Dye who came up with the island green concept. Combined, the couple has designed many golf courses across the world and are amongst the best in the world.

The Iconic Par 3 17th is one of the most famous holes in golf and is arguably seen more golf balls lost than any other hole in the world. It has enjoyed countless holes in one but also several unfortunate big numbers, where even the best players in the world can struggle to hit the small island green. 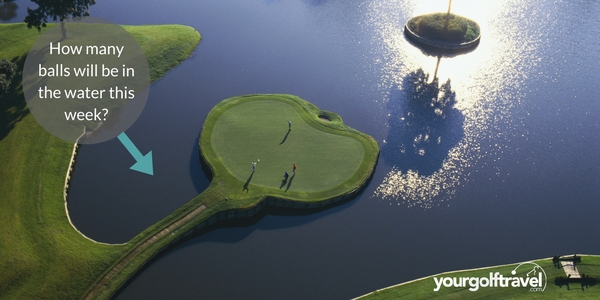 We now take a look at who our YGT pundits think will come out on top this week at The Players Championship. With all the big names in action, the championship is set to be on to remember. Have a read below and get some insight from our experienced golfing pundits.

The Stadium Course at Sawgrass is rightly considered to be one of the toughest tests on The PGA Tour. The requirement for accurate driving and limited birdie opportunities make it a ball strikers paradise…those finding fairways and most importantly greens are most likely to challenge for the title that many consider to be golf’s 5th Major.

Well, golf’s form horse, Dustin Johnson certainly has the game to match the ball strikers criteria and incredibly he actually didn’t win last week at The Wells Fargo. So, with a record of

It is hardly surprising to see Dustin amongst the favourites this week in Jacksonville and he looks set to continue the form that led him into the world number 1 spot.

There’s been a lot of noise surrounding Rory since he announced he’s now part of the TaylorMade “family” earlier this week, and while it’s hardly a surprise that a player would be singing from the rooftops following a multi-million pound move to one of golf’s biggest manufacturers, Rors is unusually enthusiastic about his new bats and ball.

“I’ve been around the game long enough and have tested most clubs on the market, but I have never been as excited about equipment as I am right now.” Said McIlroy.

With such enthusiasm about his new toys, coupled with lots of reassuring sound bites about feeling content, happy and settled after tying the knot with Erica Stoll a few weeks back, I’d be surprised if Rors wasn’t at the business end of the leaderboard come Sunday evening.

Throw in a solid record at Sawgrass (admittedly the course will be a new test for everyone this week following an extensive remodelling project) including 3 Top 10 finishes and a T12 in his last 4 starts at The Players Championship, as well as an awesome run of form which has bagged him 7 consecutive Top 10s since September 2016 and McIlroy’s case for a Sawgrass win just gets stronger and stronger.

He’s kinda due too, having not actually hoisted a trophy since his dramatic Tour Championship win which also bagged him the FedEx Cup title and the $10,000 that comes with it.

With 4 top 5s so far this season, including finishing 2nd at The Masters, he’s knocking on the door for his first win this season and considering how much Rose prepares for the big tournaments I can certainly see him up at the top of the leaderboard this week. Also in his favour is the fact he is 7th in Shots gained Off the Tee and 10th in Shots gained from tee-to-green this season so when faced with Sawgrass’s narrow fairways and greens, he’s definitely at an advantage.

Paul was my pick at the Masters and although he didn’t put on the green jacket, he was still very much in contention on Sunday and has even posted solid scores in his other recent 2017 tournaments. He definitely is due a win in 2017 and I also will not be surprised if you see his name at top of the leaderboard in the last 3 remaining majors.

In addition to a golf holiday at Sawgrass, we are also offering packages for the 2018 Players Championship, be sure to click here and get the ball rolling on your experience to golf’s 5th major.