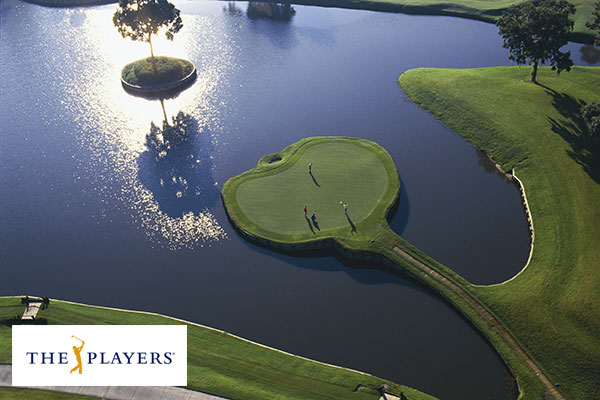 The Players Championship preview: a track for Zach

The PGA Tour heads to the famed Stadium Course at TPC Sawgrass for golf’s so-called “unofficial fifth major”, The Players Championship. We’ve singled out some of the better betting prospects from the hot field assembled in Florida this week.

LAST YEAR: Woods secured his fourth win of the season with a two-shot victory. With he and Sergio Garcia level, the tournament looked to be heading for a play-off until the Spaniard put two tee shots in the water at the notorious 17th hole. A par on the 18th was enough for the World No.1 to take victory with a round of 70. Swede David Lingmerth finished in a share of second with Americans Kevin Streelman and Jeff Maggert, while Martin Laird, Ryan Palmer and Henrik Stenson finished a further shot back.

THE LOWDOWN: Pete Dye’s TPC Stadium Course has been home to The Players since 1982 and is one of the most recognisable tracks on tour, mainly because of the signature island green on the Par 3 17th hole. Accuracy and course management are critical here on what is best described as a ball-striker’s track. Course experience is also essential, with eight of the nine most recent winners having tried at least seven times before winning the trophy. Scoring on the Par 5’s will also be important; as evidenced by Tiger’s victory last year, where he played the Par 5’s in a total of -12.

Re-live some of the memorable moments from the infamous 17th on the TPC Stadium Course.

BEST BET: Zach Johnson (35/1) – simply ticks all the boxes this week. While the World No.12’s form has admittedly cooled off since his blistering start to the season, his tie for 14th in last week’s Wells Fargo was pointer to a return to form, in it being the first time he has shot in the 60s since the beginning of February. Moreover, that was on a lengthy Quail Hollow track completely unsuited to his game. Johnson thrives on the tight and tricky Sawgrass, where he has finished no worse than T22 in his last four outings, including a runner-up finish in 2012. Ranked 7th on Tour for Driving Accuracy and 10th for Scrambling, Johnson represents the old adage of ‘horses for courses’ and is a must-consider this week.

VALUE: Jimmy Walker (60/1) – the FedEx Cup leader has shown that he knows how to get the job done, with three wins to his credit already this season. Walker took a couple of weeks off after his solid T8 at The Masters, merely dusting off the cobwebs last week at Quail Hollow in preparation for The Players. His record at Sawgrass bodes well for a big tournament year, with his last three visits reading CUT-35-15, along with a T26 finish in 2010. Walker appears too big of a price for a man who leads the PGA Tour for Birdie Average this season.

ROUGHIE: Ryan Palmer (110/1) – comes up at interesting odds considering he has recorded three top 10 finishes in his last seven starts, missing the cut just once. Two of those came on PGA National and the Golf Club of Houston, two of the tougher tracks on Tour. Palmer is an outstanding ball-striker; he ranks 9th in GIR and 2nd in the overall Ball Striking category. Having finished T5 here last year, there’s plenty to like about his chances this week.

* Matt Kuchar (15.0) – arguably the hottest player on Tour right now, with four top-5s in his past four starts. A last-start winner, and champion here in 2012.

* Sergio Garcia (13.5) – absolutely loves it here, making 10 cuts in a row at The Players. He won in 2008 and should have repeated again last year, before bombing out to finish T8.

This week’s Fantasy code (enter for a free transfer): Kuchar17