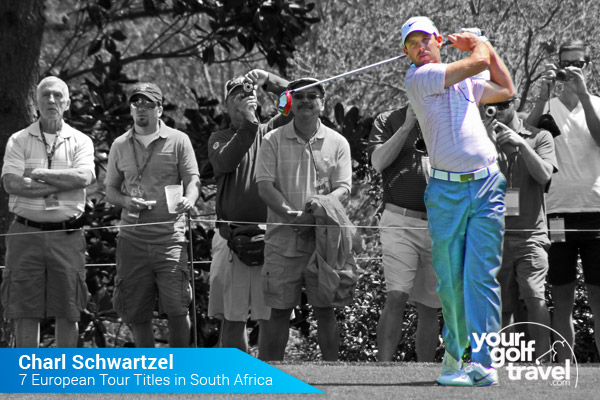 By Nick MartinFebruary 10, 2016No Comments

This week, the European Tour is back for the 5th and final event held in South Africa. The Tshwane Open is held at the Pretoria Country Club designed by South Africa’s greatest golfer Gary Player. The 2015 Tshwane Open was won by home grown player George Coetzee, who in fact won his first tournament on the same course when he was just 10 years old. Check out the YGT predictions of who they think will come out on top in South Africa this week.

[quote]It is hard to bet against a South African winner this week with so many homegrown winners in South African events on the European Tour. My pick, as it will be for most of the year as I think he’s a huge talent, will be Zander Lombard. Having already chalked up 2nd place at the Joburg Open and 4th at the Australian PGA Championship in a short professional career, it is only a matter of time before he enters the winner’s enclosure. That being said, another South African, defending champion, former Junior Champion and Club Champion at the host venue Pretoria Country Club, George Coetzee will have a little bit of local knowledge to get him round the course he’s played at since he was 10 years old.[/quote] Oliver, YGT Marketing

[quote] Its got to be a home winner for me this week and there are plenty of hugely talented South Africans playing; Brandon Grace recent won, Brandon Stone won his first ever tour event and George Coetzee won here last year. I am going to go with Jacko Van Zyl for this week though. Although he hasn’t won yet he had a hugely impressive year in 2015 and has had 3 top 20 finishes already this year. He is my pick this week to take a maiden victory.[/quote] Chris, YGT Product

[quote]It’s hardly a revelation to pick the highest ranked player in a field to win the tournament but Charl Schwartzel’s record in his native South Africa is just too good to ignore. 7 of the 2011 Maters Champion’s European Tour wins have come on home soil and with a T9, a win and a T4 coming in his last three starts, he’s clearly playing well enough to make it 8 European Tour wins in South Africa.[/quote] Rory, YGT Marketing

[quote]He’s a man in form and we expect another South African winner at Tshwane, after George Coetzee’s triumph last year. After cracking his first win this season, Porteous is one of the young breed of fearless players that seem to be really comfortable on the big stage.[/quote] Euan, YGT Marketing

[quote]I’m going for European Pedigree in this event rather than siding with the South African contingent who usually perform strongly in these events. Andy Sullivan fits that profile and is in solid form in recent months and has also won twice in South Africa already. Odds of 18-1 seems reasonable value for an each way selection[/quote] Aaron, YGT Marketing

[quote]Tom has been quiet in the last few years after winning his maiden European Tour Victory in 2011 at the Portugal Masters. However I think 2016 is going to be a good year for Tom starting with a top 5 victory here at the Tshwane Open. It’s his time to prove that he is a strong contender on the European Tour.[/quote] Nick, YGT Marketing

[quote]Hard to see past the local boy Coetzee doubling up on last year’s win, but i’m going to throw Charl into the ring. I’d be pretty surprised if it wasn’t a South African bringing this one in and Schwartzel had a couple of decent results towards the end of 2015 – he’s got too much talent to not be there or thereabouts.[/quote] Sam, YGT Marketing

So there you have it! 8 preview tips of the Tshwane Open in South Africa this week.

Thinking about a 2016 golf holiday to South Africa, Check out Your Golf Travel to view our latest offers and experiences, including flights.