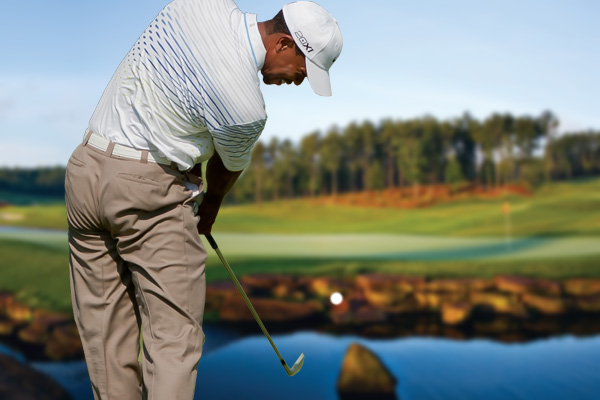 Tiger Woods’ Comeback – How Will He Fare?

As even the most casual of golf fans will know, Tiger Woods has endured more than his fare share of injuries, resulting in time on the sidelines, missed events and plenty of rehab.

The latest setback came when Tiger decided that, in order to preserve his health and thus ability to compete at the top level of golf long into the future, he’d have a microdiscectomy procedure that would remedy a pinched nerved in his back that had left him in pain for months, ultimately completely restricting his ability to play golf, or even get out of bed…that one was straight from the horse’s mouth.

Plenty of people were surprised at the speed of the 14-time major champion’s recovery and Tiger himself even admitted during his pre-tournament press conference on Wednesday that, had this tournament not been directly linked to his Tiger Woods Foundation, he probably wouldn’t have played, saving himself instead for a later return, guaranteeing his fitness for the Open Championship at Hoylake in July.

Whether or not the former World Number One is ready to return to the winner’s circle remains to be seen – plenty of people are suggesting Tiger will be content with making the cut and playing all four rounds unscathed, with the likes of Justin Rose suggesting this is Tiger’s way of knocking off some of the rust and easing his way back into tournament play – but, to give ourselves a better idea of what to expect from Tiger, let’s have a look at his results from past comebacks after long absences from the game…

After previous knee injuries and knee surgeries, Woods’ left knee was operated on again in December 2002, this time to remove fluid surrounding his anterior cruciate ligament. By mid-February, Tiger teed it up again on the PGA Tour and promptly won.

Returning from – Self imposed hiatus from golf following the death of Earl Woods, Tiger’s father. (9 weeks out)

Woods understandably missed the cut on his return to golf following the passing of his father but from then on, 2006 was all about Tiger. A tie for 2nd in the Cialis Western Open was followed by his memorably emotional Open Championship triumph at Hoylake and the casual six consecutive strokeplay tournament wins after that.

Tiger’s missed cut upon his return to action at the US Open certainly wasn’t a sign of things to come in the remainder of the 2006 season.

Returning from – Knee Surgery(8 weeks out)

After kicking off the season with four straight wins, a Top 5 finish and another win, Tiger finished runner up at The Masters, then had his troublesome left knee surgically repaired two days later. His next event would be the US Open at Torrey Pines and we all know what happened there. Due to two stress fractures in his left leg, Woods’ doctors suggested he be on crutches for three weeks and not play golf for three weeks following that. Instead, Tiger played 91 holes (72 plus 19 playoff holes) and won the US Open.

This was the comeback of all comebacks and, ironically, may have led to a number of Tiger’s future forced absences from golf.

On Nov. 27th 2009, Woods crashed his SUV into a fire hydrant and tree outside his home…we all know what happened next.

His strong and somewhat surprising showing at The Masters suggested, as far as golf was concerned, things were back on course. However, Tiger failed to win a single tournament in 2010; the first such year of his professional career.

Returning from – Knee surgery…again! (3 months out)

That pesky left knee went again during Tiger’s 3rd round at The Masters but he battled through to finish 4th yet again. However the injury meant he would miss almost three months after withdrawing just 9 holes into the Players Championship, his next event. His less than impressive showing at Firestone – a course Woods has treated as his own personal playground throughout his career previous to this event – had people wondering if the magic was gone. A missed cut at the PGA Championship a week later simply added to people’s pessimism about Woods’ ability to win at the highest lever moving forward.

Eight PGA Tour wins and yet another long absence from the game later, the golfing world awaits Tiger’s latest comeback. How do you think he’ll fare? Let us know in the comments section below…