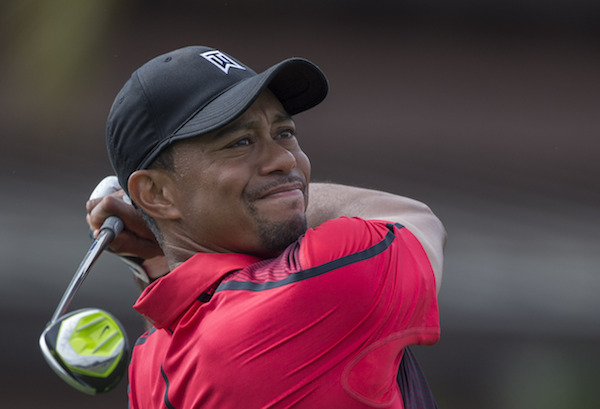 Tiger Woods finishes last and has his records smashed by Spieth

Tiger Woods’ much anticipated return to the golf circuit ended miserably as he finished last at the Hero World Challenge in Florida on Sunday.

The former world number one, who played through being sick on Saturday, was joint bottom of the 18 man standings with Hunter Mahan, shooting a 72 for even-par 288.

At the other end of the table was America’s Jordan Spieth, who won comfortably by ten shots. It was Spieth’s second win in a fortnight after he won the Australian Open by six strokes the previous weekend.

The 21-year-old is in fantastic form and smashed the record books at Woods’ own event. Henrik Stenson came closest but couldn’t match a course record 26-under-par round of 262, a score which eclipsed the previous record of 266 set by Tiger Woods in 2007.

It also broke the record for the best winning margin at the event, which Woods set in the same year when he triumphed by seven shots.

Stenson was the closest challenger to Spieth, shooting a 69 for 272 while one shot behind the Swede were Patrick Reed and Keegan Bradley.