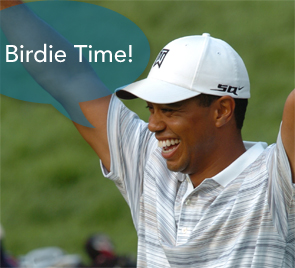 It may seem all too familiar to see ‘Tiger Woods’ and ‘car crash’ in the same headline but with all the work he is doing with Sean Foley it appears he is driving a bit straighter these days. Reportedly Tiger has bagged himself another birdie though, and it’s nice to see the new couple have something in common…crashing cars! Only this time there was no 7-iron wielding Swede chasing the car down the road. Alyse Lahti, reportedly dating the former world number one, was arrested on suspicion of a Driving Under the Influence (DUI) late in 2010 after rear ending another car. She was consequently charged with DUI after producing blood-alcohol levels reportedly three time over the legal limit. In the end, Alyse was charged with reckless endangerment and had to take a court ordered victim-awareness program and a drink driving prevention course.

It doesn’t seem as if Tiger is up to his old tricks though as Alyse’s stepfather is the former chair of the famed IMG sports agency, who helped negotiate Tiger Woods’ sixty million dollar endorsement deal with Nike in  prior to when his love life started hitting the rough. Alyse and Tiger reportedly met for the first time in the nineties and while it is good to see Tiger renewing old relationships and trying to get back to normality by dating an old acquaintance, perhaps the golfing public as a whole would rather see him renew his relationships with a different type of trophy.

With Tiger’s love life apparently back on track, will it coincide with his golf ball returning to the straight and narrow? With the first major championship of the year, the US Masters, at Augusta National we are still left wondering whether it will be Woods or Fairways for Eldrick.