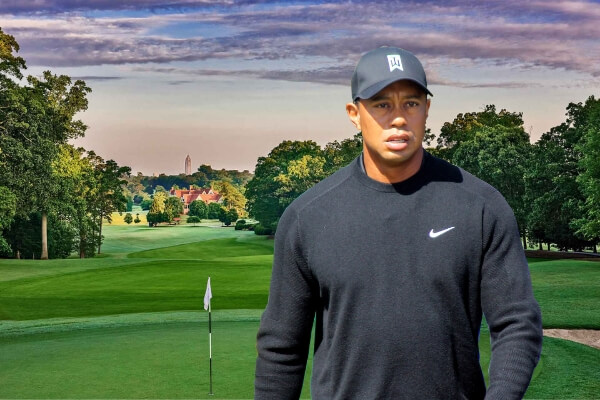 Tiger Woods has won the Tour Championship, completing his comeback and putting him back in the winner’s circle, just a few days before the Ryder Cup at Le Golf National.

Consistent progression has seen him rise over 600 spots on the world ranking list, putting in performances many thought you’d only be able to see on YouTube highlight videos and dealing with a narrative the whole world has got behind.

But how exactly has he got here? Well, we take a look at his comeback season and many of the tournaments which have led to this historic victory for the greatest golfer to ever play the game*.

Tiger’s return to the PGA Tour was monumental for the game of golf, but it wasn’t welcomed with mass optimism, with the durability of his back rightly questioned.

Returning to Torrey Pines where he won his last major back in 2008, Woods was never going to set the world alight, but proved to the world that he can play competitive golf again.

He ended the week three under par and didn’t shoot above 72; a positive start to the season and up to 539th in the WGR.

Following a missed cut at Genesis and a solid performance at PGA National for The Honda Classic, Tiger began to show glimpses of yesteryear at Innisbrook.

It was at this point where the threat of a comeback win wasn’t just a dream of the hardcore fans, but the reality for everyone affiliated with the game, the doubters began to lose their voice.

Despite a brilliant performance on Sunday, Woods fell short to Paul Casey who deserved his win.

Tiger back at The Masters

Coming off the back of another good showing at Bay Hill for the Arnold Palmer Invitational, Woods went to Augusta with the weight of the world on his shoulders.

There were many which thought the dream comeback would be completed with a green jacket but realistically, the year’s first major came a little too soon for Woods, although he was never out of place on the hallowed turf.

A steady pace through the first three rounds, he went out and shot a brilliant 69 on the Sunday to put himself back into the top 100; that’s 500 places in 3 months.

Before his second major of the year, Tiger continued a busy schedule at The Players Championship, which even saw him find the water on Sawgrass’ famous 17th hole on the Sunday.

Despite this, the 14 time major winner finished on 11 under par, in a tie for 11th and with a 65 on his scorecard….something is brewing.

As always, the US Open wasn’t without controversy and just like in 2004, Shinnecock Hills was criticised for its difficulty, especially with some extreme winds.

Unfortunately for Tiger, he was one of the victims of the first round, shooting a 78 and pretty much sealing his fate for the week; this was a reality check for Woods but missing the cut wasn’t going to put the big cat down.

T4th at the Quicken Loans National and then to Carnoustie for The Open Championship, a tournament he’s won three times before and a fourth wasn’t inconceivable.

Unlike many Open’s Carnoustie was sunny and warm for the beginning of the week, making for as dry a course as you could imagine. He started with two solid par rounds and then made the most of moving day with a 65, propelling himself into contention.

Paired with eventual winner Francesco Molinari, Woods got himself into the lead at the start of the back nine, reminding the world of what used to be; the question isn’t if but when now…

Oh, and with this performance he broke into the top 50.

He entered the week as a favourite and rightly so, following his strong performance at The Open, but could he comeback with a major?

With rounds of 70-66-66-64, the last being his best ever in a final round of a major, Woods was in contention late on Sunday but eventually fell behind Brooks Koepka who was a machine.

Koepka was still hot from his US Open victory and prevented Woods from a victory, but Tiger’s claim for a Ryder Cup spot was looking beyond doubt.

Story of the playoffs

Doing enough at The Northern Trust and Dell Technologies Championship to qualify for the BMW Championship, Tiger was extremely happy to still be playing on the PGA Tour, as were we.

Then at the BMW, while it was Keegan Bradley who came out on top, 17 under par saw Woods finish in T6 and headed into the Tour Championship 20th in the FedEx standings, 21st in the world.

This has been a classic showing from Woods, starting with a 65, following up with a 68 and then hitting another 65 to take control heading into the final round.

Fist pumps aplenty, huge crowds and some iconic entrances all came before tonight.

This is where Tiger, playing with Rory McIlroy, was under a huge amount of pressure to not let the lead go and complete his comeback. He did just that, finding fairways, finding greens, sinking putts making birdies and quite frankly showing that he still is one of the best.

So, from outside the top 1000 and with more doubters and than believers, Tiger is now back in the winners circle, playing in the Ryder cup and runners up in the FedEx Cup standings.