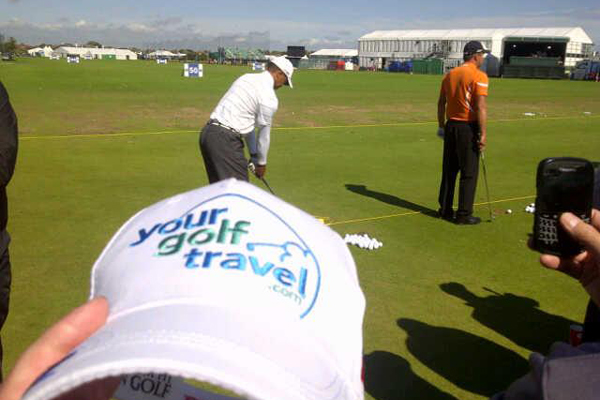 The organisers of the Qatar Masters have refused to shell out the appearance fee that Tiger Woods is demanding. The Qatar Golf Association have told Mr Woods that they are not willing to consent to his “excessive pay demands” to compete in the European Tour Event in Doha, Qatar, which takes place from the 21st to the 26th of this month.

Currently ranked #3 in the world, Tiger has requested a payment of $3,000,000 to compete in the Qatar Masters; however this has been discarded by the tournament organisers.

“Tiger Woods demands $3 million just for an appearance; it is not worth paying for a tournament of $2.5 million in prize money.”” Told Hassan al Nuaimi (president of the Qatar Golf Association) to Doha News.

The Qatar Masters will take place on the Championship Course at Qatar Golf Club without the crowd drawing Tiger Woods.

The Tigerless tournament will be defended by Ryder Cup hero Paul Lawrie who will be up against the likes of Justin Rose, Jason Dufner and the inspirational Jose Maria Olazabal, who captained the team to victory in Medinah.

Woods is, however, is confirmed to be making his season debut at the Abu Dhabi Championship, which begins on the 17th January, which will also see the announcement of the 2014 Ryder Cup Captain at Gleneagles. Paul McGinley is currently the bookies favourite to be named Captain; nevertheless the likes of Clarke and Montgomerie are not far behind in terms of odds.