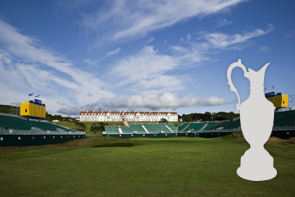 The Open is the most prestigious tournament in the golfing Calendar and often serves up more thrills and spills than any other tournament in the world. Players compete on the ancient courses that are the blueprints for all modern golf courses and the traditional links are often subject to severe weather that is alien to golf courses further inland…all adding to the excitement. Many great players say that links courses are levellers which mean any man in the field of 150 strong has a chance to get their hands on the Claret Jug. With this year’s Open well underway and having already witnessed two holes in one and a young amateur tearing the place apart we take a look at ten of the best moments from Open Championship history. 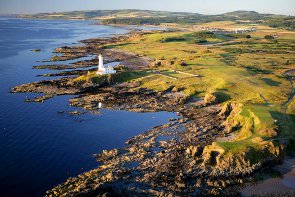 Jack Nicklaus and Tom Watson “Duel in the Sun”

The 1977 Open Championship is widely regarded as the best major championship ever played and it has certainly become one of the most iconic. Dubbed the “Duel in the Sun”, this tournament was hotly contested by…two players! Tom Watson and Jack Nicklaus played such spell binding golf that they left the rest of the field trailing in their dust and the Open had suddenly become a head to head contest between two greats of the game. Duking it out on a sun kissed Turnberry course, Watson and Nicklaus traded blow after blow until it came to the 72nd hole. Nicklaus drove into the rough and Watson striped one down the fairway. Watson played first and stuck it to two feet to set up a birdie that would seal the win. Nicklaus knew all he could do was force Watson to hole the putt and after hacking the ball onto the green from the rough he, in true Nicklaus style, drained his 30 foot birdie putt. Watson eventually claimed victory by holing for a birdie of his own and the two great champions walked off the final green arm in arm…a moment that demonstrated the great sportsmanship and respect that underpins the game of golf. 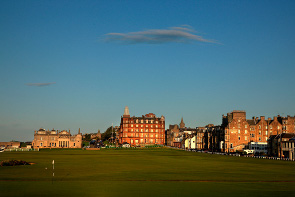 Rocca from the Valley of Sin

The beauty of golf is that a terrible round can often be forgotten in the blink of an eye through the joy that comes from hitting one great shot. Needing a birdie on the 72nd hole of the 1995 Open Constantino Rocca’s final drive had left him with a short pitch to the green to set up a putt to force a playoff with John Daly. Doing his best to imitate an average club golfer Rocca then proceeded to fluff his chip, astonishingly leaving his ball still on the fairway and in the so-called ‘Valley of Sin’. John Daly was convinced he had the Claret jug in the bag. Following what happened next you would have forgiven him for bursting into tears as Rocca steamrolled his putt straight into the back of the cup. He didn’t go on to beat Daly in the playoff but Rocca’s miracle putt gives credence to Ben Hogan’s motto that the most important shot in golf is the next one. 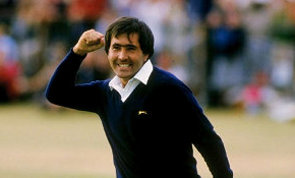 Seve was the man who had sparked a resurgence in European golf and he delivered another hammer blow to the USA at St Andrews in 1984. Tom Watson arrived at St Andrews looking for third Open Championship in a row and a sixth overall, both tallies would have equalled age old records that still stand to this day. Seve had not played well that year and had yet to record a win on tour. Having worked on his game with two Argentine pros in the days leading up to the event he felt in control of his game and was in a bullish mood. In his press conference on the Saturday evening Seve signed off by telling reporters he would see them “back here tomorrow”, as champion of course. He duly obliged and his joyous reaction to holing the winning birdie putt on the 18th is arguably the most iconic moment in the history of the game. 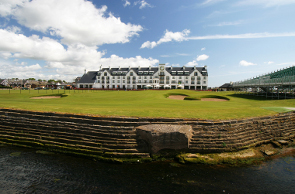 Oh how we would all love to be standing on the tee of the 72nd hole of the Open with a three shot lead to play with. 99.99% of us would play safe from the tee and avoid trouble at all costs…after all a double bogey would be good enough to win. Not Jean Van de Velde though. The Frenchman reached for his driver and the world held its breath. After two trips into the Barry Burn, a brief rendezvous with the grandstand and a lot of time spent in the rough Van de Velde showed considerable bottle to hole a putt for a triple bogey to force a playoff. If only he had bottled it on the tee and gone for a three iron for safety! The image of the Frenchman barefoot in the Barry Burn is something that golf fans will never forget. 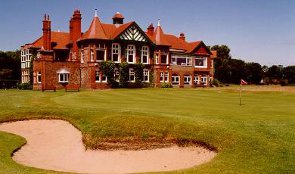 In 2001 Ian Woosnam wall well past his prime when it came to golf but somehow the plucky Welshman found himself in contention going into the final round at Royal Lytham. However after such promise disaster struck as his caddie realised he had accidentally left a second driver that Woosie had been practicing with in the bag. This meant he had one too many clubs and a two shot penalty was the subsequent punishment. The Welshman cut a frustrated figure following that school boy error and never again got himself into contention. He vowed to stay with his caddy despite the mistake but the relationship didn’t last long as a couple of weeks later the same caddie overslept and was late for Woosnam’s tee time at another tour event…Woosie chopped him this time! 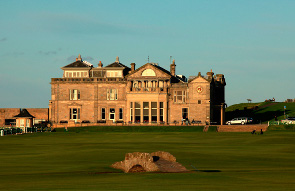 2000 was a historic year for golf as we all watched on in amazement as the Tiger Woods band wagon rolled on with unstoppable force. Having missed out on the Masters Woods won the US Open at Pebble Beach by an astonishing 15 shots, breaking record after record along the way. You would have thought he might have felt some compassion for the rest of the field at the following major at St Andrews but on the golf course, Woods shows no mercy. From start to finish the result never looked in doubt and Tiger romped to an eight shot victory on the way to setting the lowest score in relation to par (-19) at any major…ever. This victory was the second leg of the “Tiger Slam” and it also signalled Woods’ completion of his collection of all four major championship titles. 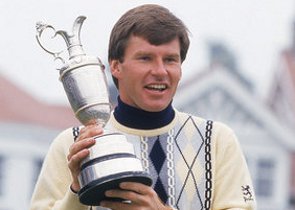 Sir Nick Faldo was always known for his consistency but few could have seen what was coming in the final round of the 1987 Open. Faldo was locked in a battle with Paul Azinger and the weather on the last day was less than desirable. Paul Azinger struggled with the testing conditions and Faldo never gave him an inch. He pared all 18 holes to win by a single shot and claim his first Major Championship.

Seve from the Car Park

Seve was a genius on and around the greens and showed time and time again that no matter where his ball wound up off the tee he would still have a chance to save par or even make birdie. Seve’s driving wasn’t his strong point and rather like Phil Mickelson today, he seemed to smack his drives and then start playing from there. One of the most famous examples of this was at the Open at Royal Lytham in 1979. Seve shot a final round of 70 to win his first Open Championship but that was not down to flawless golf. Seve’s driving had been all over the place that week and during his final round one of his drives ended up so far off line at finished in a car park for the tournament. That didn’t matter to the great Spaniard though as he duly dispatched his ball onto the green before holing out for a birdie…Drive for show…Putt for dough! 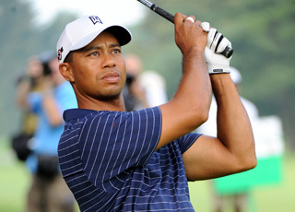 Tiger wins it for Earl

It was well known that Tiger Woods’ father, Earl Woods, had been a major driving force in his son’s development as a golfer and a steady presence during all of the majors Tiger had won before the Open at Hoylake in 2006. Tiger had planned to leave the driver in the bag as much as possible and after hitting 2 iron from the tee all week he strolled to a two shot victory. This victory was also the first since the death of his father earlier that year and Woods’ display of emotion on the final green is an image few of us will forget. After holing the winning putt Tiger shared an embrace with his caddie and the emotions came pouring out. 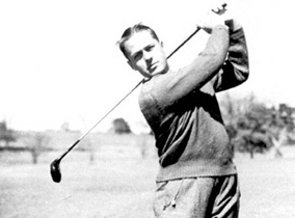 Bobby Jones kicks off the “Impregnable Quadrilateral of Golf”

Bobby Jones was the pre World War II equivalent of Jack Nicklaus and Tiger Woods and is the only other man apart from Tiger to have a case for having won the Grand Slam of golf. Tiger’s four in a row has been hotly contested due to the fact that his fourth was in a different calendar year to his three wins in 2000. Jones’ has been hotly contested due to the fact that two of the four he won were amateur events at the time.  Jones won the Open at Hoylake in 1930 before adding the British Amateur title and the two American equivalents to his haul later in the same year. Whatever way you look at the two feats you can’t deny either player’s brilliance.

For information on UK golf breaks or golf holidays to Ireland please visit www.yourgolftravel.com or call 0800 043 6644.