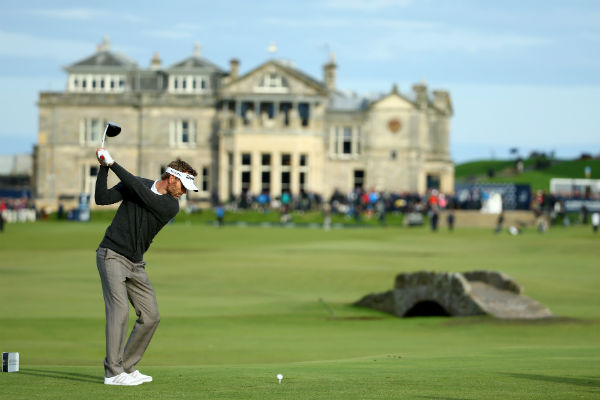 Top tips on how to drive the ball straight

By Richard ForresterMarch 19, 2015No Comments

Ah, the $64,000 question: how to drive it straighter, and hit every fairway? Well, here’s something to console you with – you can’t, so don’t fret too much. David Toms is currently the straightest driver on the PGA Tour and he hits only 75% of fairways. Rickie Fowler? 59%. Fewer than six in ten. Justin Rose is down at 49%.

Now it’s true that when the pros miss a fairway, they tend not to do so by 50 yards with a huge slice or duck-hook that finishes three fairways away. But the point stands – nobody in the world hits the ball as straight as a bullet from a gun.

But there are some adjustments you can make to help you keep it on the short stuff. As with everything in life, they need work to make them second nature. But that just means you get to spend more time on the golf course…

Get the fundamentals right

God, we hate ourselves for even saying it, because they are the four most boring words in all of golf. However, a great many golfers don’t hit the fairway because they’re not even aiming at it at address. Make sure your feet are aiming correctly – the old club on the ground trick – then get your hips and shoulders to fall into line.

Many people are so used to setting up wrong that for them it feels as though they are looking straight down the fairway when in fact they’re pointing about 40 yards right.