UK Golf Breaks – Augusta lookalikes that you can play in 2012 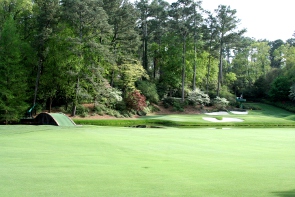 At this year’s Masters, Rory McIlroy, the new world number one, will be hoping to banish his demons following his back nine meltdown last year; Tiger Woods will be hoping to continue his pursuit of Jack Nicklaus’ major record and a whole host of up and coming stars from both sides of the pond will be looking claim their first major. Whatever pans out and whoever rises to the challenge we can be sure of one thing; Augusta National will undoubtedly be the star of the show.

Although Augusta, which is many people’s dream course, is notoriously difficult to secure a round on – not even past Masters champions can get a game without a members invite – there are a number of courses in the UK that can offer us club golfers a small taste of what it must be like to strut your stuff on the most famous fairways in the world. Here are the best Augusta lookalikes that you can play on your next UK golf break.

With three outstanding championship courses, the Marquess, Dukes and Duchess, Woburn is one of England’s most comprehensive golfing venues. Each course features towering pines that demand accurate driving and throughout the year the conditioning of the courses is first class. Each course is as challenging as they are beautiful and if you let your mind wander you may just feel like you’re competing in The Masters.

Set amidst the mature Surrey woodland, the two golf courses at Foxhills are among the best in the London area, sharing the tremendous heathland turf as fantastic golf courses like Sunningdale and Swinley Forest. Gently undulating fairways are banked by towering pine trees and the conditioning rivals that of any course in the UK. Long and accurate driving is a must as is a sharp putting game…just like at Augusta!

With a prestigious reputation for staging top professional and amateur golf, Blairgowrie must be regarded as one of Scotland’s best golf destinations. Described by Old Tom Morris as, “the most beautiful inland course I have ever seen”, the Rosemount Course owes much to designer James Braid, who was influenced by architect Dr. Alistair McKenzie who just so happens to have designed…yep…Augusta National!

Also on offer is the Lansdowne Course which was designed by Dave Thomas and Peter Allis, also known as ‘the voice of golf’ and a permanent fixture in the commentary box at The Masters.

Despite only being inaugurated in 1996, the championship course at Forest Pines has fast established a reputation as a genuine tournament venue. The course is compiled from three separate nine-hole loops called the Pines, the Beeches and the Forest, and each one is as beautiful as the last. Just like at Augusta the fairways are lined by towering pine trees and at various stages of the year the purple heather does a decent job of standing in for the azaleas of Augusta National!

Opened in 1908, and originally known as the Stoke Poges Golf Club, the estate boasts a splendid 27-hole complex, with three distinctive loops designed by Harry S. Colt, one of England’s most esteemed architectural names.

The grandiose atmosphere at Stoke Park reflects the ultra exclusive nature of Augusta National and the condition of the course is of the very highest order and, during the summer months, the putting surfaces here are so slick they may well rival Augusta’s famously quick greens. In fact, the par 3 7th is even said to be the inspiration for the world famous, spine tingling 12th at Augusta.

The Hunting Course at Slaley Hall winds its way through towering trees and banks of beautiful rhododendrons, which are prominent around Augusta, and golfers will be faced with many different challenges, where shaping the ball and being creative is certainly an advantage.

The signature hole of the resort is the Hunting’s 9th, a tough par-4 where you must thread your drive between the monstrous trees on the right, and the meandering stream that skirts the left of the fairway. After a good tee shot, golfers are still left facing a long uphill approach shot to a severely sloping green, on what is one of the best par-4s around. Use your imagination and this hole seems to be an amalgamation of the 13th and 18th holes at Augusta.

Brocket Hall is home to two magnificent courses but the Palmerston is a closer representation of Augusta than its sibling, the Melbourne. Donald Steel’s creation winds its way through mature Corsican, Scots and Hornbeam pine trees, and is a challenging par 73 test. Natural undulations have been used to great effect on the Palmerston and constant changes in elevation keep golfers on their toes from start to finish. When Brocket Hall is drenched in sunshine there aren’t many places in the South of England that can compete.