UK Swing – European Tour is back 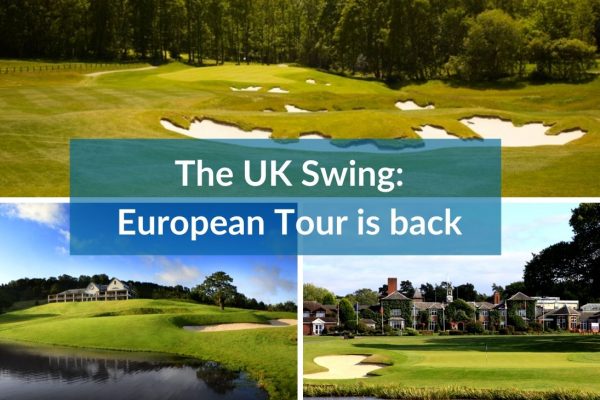 It’s an exciting week for the European Tour and double exciting for British Players as the UK Swing begins. It’s a new set of events throughout the summer right here in England and Wales.

The first event is a firm favourite and has been on the circuit for a number of years – The British Masters. This year it is returning to Close House near Newcastle, the home of our friend and Chief Holiday Officer Lee Westwood.

Unfortunately, the events in the UK Swing will be behind closed doors due to Covid19 but maintaining health and safety for players and spectators is a priority.

What the events means to the players

“The UK Swing is a great thing for the players as they are all desperate to get out and play. I think the break in competitive golf has made them aware of how grateful they need to be for what they have. What they were used to doing, day in day out was taken away from them. I think the break has made the players appreciate how good they have got it. How wonderful their job is, playing golf around the world.”

“British summer is a special time and although spectators won’t be at these events in person, we’ll be able to enjoy them on TV. To see the players at some of these brilliant British venues including The Belfry, Forest of Arden, Celtic Manor and Hanbury Manor, is just fantastic. It’s a great way to celebrate the courses a little closer to home. It all starts at Close House, which was a brilliant British Masters last time it was there. Hopefully, the weather holds up and we should be in for a cracking UK swing.”

Who’s got the advantage?

“A few of the players played in Austria recently and having won the Austrian Open, Marc Warren will be buzzing heading to Close House. Westwood has a massive advantage because it’s his home course but he’s hosting which comes with responsibility. He knows Close House so well, so he could be tough to beat. He also had a great start to the year winning in Abu Dhabi, although that feels like such a long time ago now!”

“I think a big part of this new UK Swing needs to celebrate what the European Tour have done. The testing for Covid19 is very thorough. There is a bubble for players – once the players are in it they can’t leave. Things like going to restaurants or going to the shops, the players are not allowed to do this. The European Tour are trying really hard to protect people because safety comes before anything else.”

Dates for your diary

We’re delighted to announce plans for the resumption of the 2020 European Tour season. For more information click on the link in our bio. #GolfForGood

Are you pleased to see these events added to the European Tour Calendar? Tell us your thoughts in the comments below.


I think this UK swing is a great idea . There are some great courses in Britain and this will bring some of them to the fore again . I played up at Close House last year in the Auto trader competition and it was a great course in a great setting . Beautiful part of the world .

Hopefully we can keep some of these events in the European calendar post Covid .