US Open Golf Courses you can play

Considered by many to be golf’s toughest Major championship, The US Open is an event that provides a unique challenge with The USGA providing a stern test against Old Man Par. So what US Open Golf Courses you can play? Well, I bet you are thinking…these courses look epic! They must all be super-private with only Presidents, Prime Ministers or Bajillionaires allowed through their gates? That is the case for some of the courses that have held the jewel in US golf’s crown. However, there are a select few that do allow visitors at restricted times.

So, whether it is Pebble Beach on the West Coast or the rather menacing Bethpage Black on the East Coast you’ll be sure to find the perfect companion for your next trip to experience all that a US Open golf course has to offer.

Considered by Golf Digest to be The #1 US Open Venue, this stunning stretch of land in Monterey combines incredible scenery with memories that are etched into golf’s rich history.

Or maybe, just maybe it was something a little more recent than that triggers your Pebble Beach memories…

Perhaps the greatest scene of a Major victory…Tiger Woods in 2000 claimed the title by no less than 15 shots in what many considered to be his greatest feat until the 2019 Masters comeback. Perhaps most impressively he started the round with just a 10 shot lead and developed it into 15 courtesy of a 67.

• Designed by Jack Neville and Douglas Grant, both gifted amateur golfers who created a course that has had very few changes since their original design in 1919

• Hosted no less than 5 US Opens with winners including Jack Nicklaus, Tom Watson, Tom Kite, Tiger Woods and Graeme McDowell. 2019 sees the championship return to Pebble Beach for a 6th US Open

• It has hosted 4 US Amateur Championships with 1961 being the standout for it was the year that Jack Nicklaus claimed the title in what was recorded as -24 for the 136 holes he played in the event. His victory in the final 8&6 was just the start of a career which included a record 18 Major championships

• Properties with coastal / golf views are some of the most expensive in America, a quick search shows a property on the market for over $40,000,000! 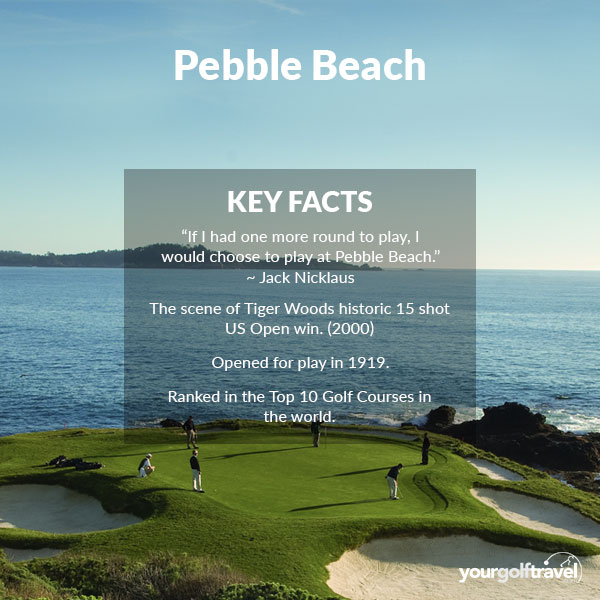 The US Open is due to return to the South Course at Torrey Pines in 2021. Known for it’s incredible views and even better course conditions, we recommend adding this as a stop to any trip to California. 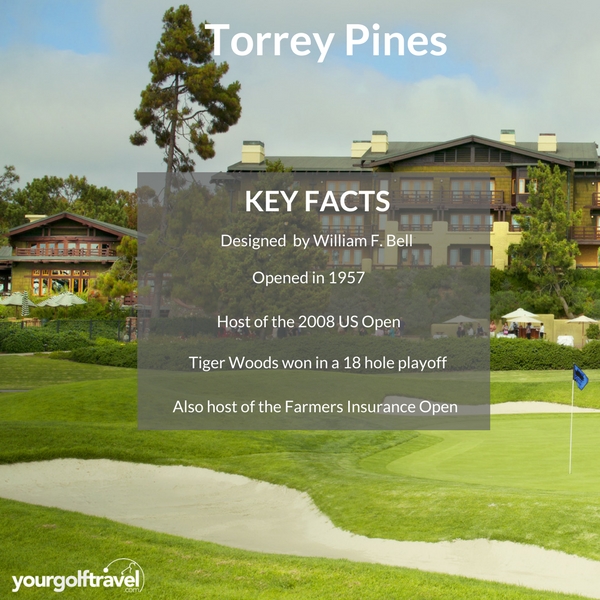 Pinehurst #2 is back on the rota and will be hosting the 2024 tournament. The last time the venue hosted was back in 2014 when Martin Kaymer took the trophy with an 8 shot lead. 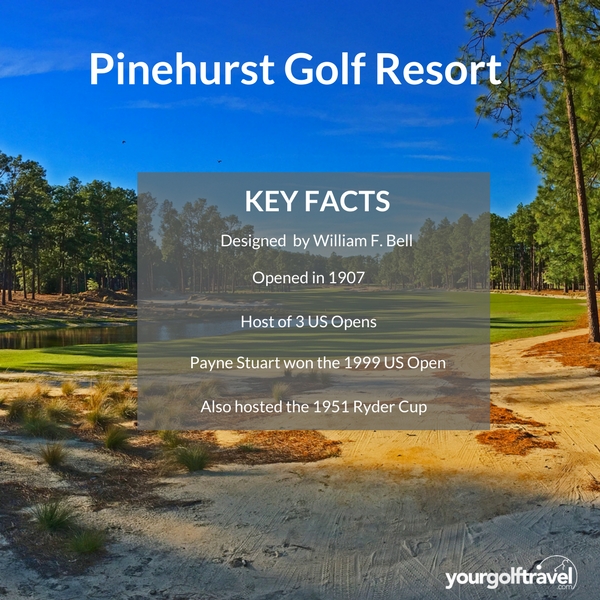 It’s been a few years since the US Open was hosted at Erin Hills but the course’s reputation has been growing towards one of the best in Wisconsin. And whilst you’re there, why not combine this with a round at Whistling Straits, the 2021 Ryder Cup host. 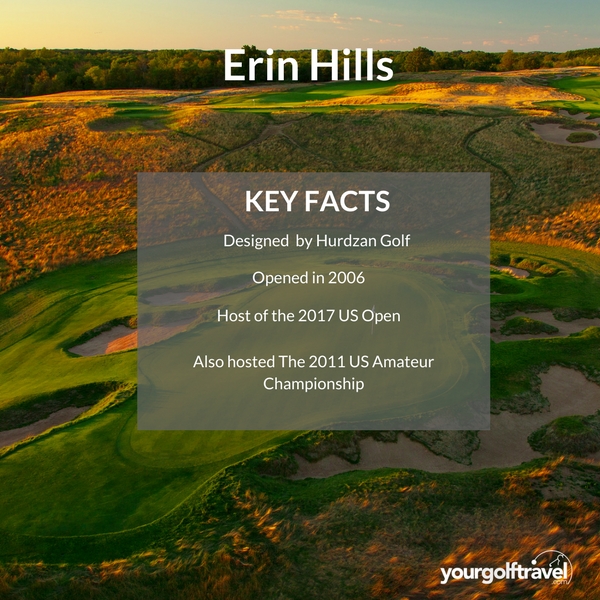 Bethpage has a reputation of being one of the hardest courses to host a major championship. The main characteristics at Bethpage are narrow fairways, mercilessly thick rough, and wicked greens that are superbly protected by strategic bunkering, giving an insight into the brilliance of designer A.W. Tillinghast. 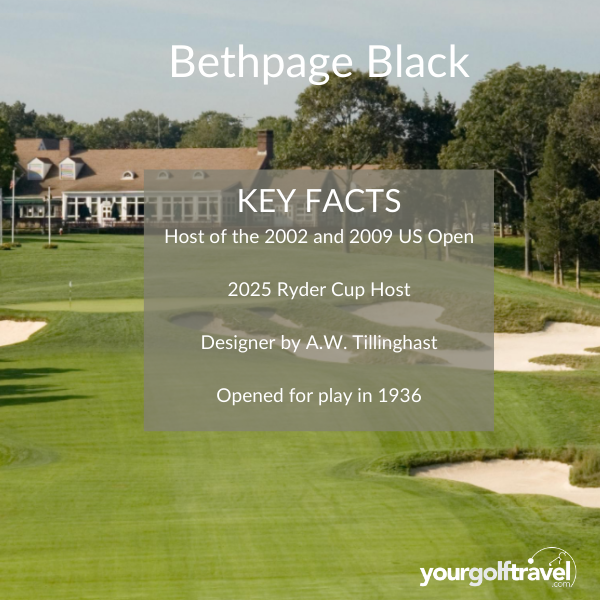