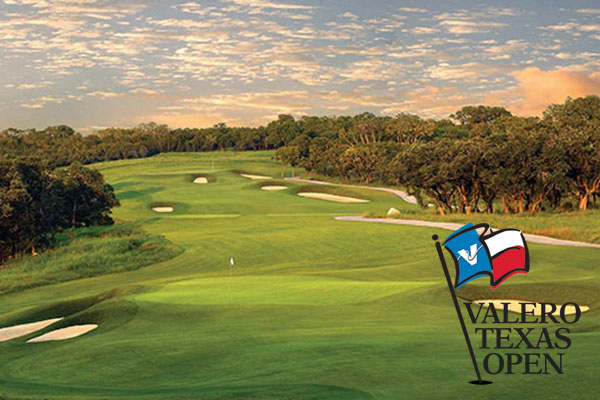 The PGA Tour heads to Texas this week for one of the oldest tournaments on its annual roster, the Valero Texas Open. With just a fortnight left until the Masters, this is a chance for some of the bigger names to tune up their games and for others to make a last ditch bid to qualify for Augusta. We cast our eye over the field to find some attractive betting propositions for the week.

LAST YEAR: Martin Laird captured the 2013 event thanks to a scintillating final round that propelled him from seventh place all the way to the top of the leaderboard. Laird fired a nine-under 63 to get to 14-under for the tournament, two shots ahead of runner-up Rory McIlroy. The TPC San Antonio course had proved tough all week, with few players mustering better than a couple under-par each day, before easing up dramatically on Sunday. McIlroy shot a six-under 66 to finish second, with Jim Furyk, Charley Hoffman and Billy Horschel a further shot back.

THE LOWDOWN: For the fifth consecutive year, the tournament takes place at the Oaks Course at TPC San Antonio; a par-72 that plays to a yardage of 7,435. Traditionally the course ranks among the hardest par-72s on the PGA Tour, due in large part to its narrow fairways, tree-lined fairways and plethora of deep bunkers (some as deep as 12-foot!).

Staying straight off the tee is crucial this week, as the second cut is notoriously dire and can prove costly on most holes. It’s no surprise to find the last three winners here have all ranked inside the top 10 for driving accuracy. Good scramblers and bunker players also fare well at TPC Antonio – three of the four winners here ranked inside the top-four for scrambling, and even the steadiest tee-to-green players will no doubt find the beach at various stages in the week. If the wind blows, look for those who don’t mind grinding out a round (US Open style) as any score under par should be in contention.

BEST: One player who seems to thrive in these higher-scoring events is Kevin Chappell (40/1). The 27-year-old was runner-up on debut here in 2011, having been narrowly edged out by Brendan Steele by just a single shot. He then created a huge impression at the US Open that year, recovering from an opening round 76 to finish T3 behind Rory McIlroy and Jason Day, before returning the following year with a T10. A T15 finisher here last year, Chappell’s super consistent long game obviously suits the San Antonio layout (he ranks 20th in Total Driving stats and 23rd in Ball Striking) and comes here off the back of a T14 at Bay Hill. There are plenty of reasons to think he can break through this week.

VALUE: Wouldn’t it be some story line if Kevin Na (50/1) returned to the scene of his infamous 16 to post the second victory of his career? (Despite all the fuss about his slow play issues) Na has certainly found form the past month, with four top 20s in five starts, including a T4 at Pebble Beach and runner-up at the Valspar Championship. Another player who seems to revel on these tougher tracks, I expect Na to defy his poor history on the Oaks Course with a strong showing this year – particularly if the wind starts to blow.

ROUGHIE: Might be a tad skinny to qualify as an out-and-out roughie, but I found a few reasons to fancy the chances of Bryce Molder (80/1) in Texas this week. The 35-year-old has three top-15 finishes this season, including a T6 at the Northern Trust Open, and finished T22 here last year. Molder is one of the better scramblers on Tour, where he ranks 22nd for Sand Save percentage and 10th for overall Scrambling. If he can keep the ball in play from the tee, he could be one to figure at longer odds.

FANTASY BANKER: Charley Hoffman absolutely thrives here in Texas. Since 2008, the Californian is yet to finish outside of the top 15 at this event. He boasts a best of T2 behind Brendan Steele in 2011 and cashed a T3 last year. Furthermore, ‘The Hoff’ has been in great touch this season, with six top 25 finishes from 10 starts. He’s a lock in your Fantasy squad this week.