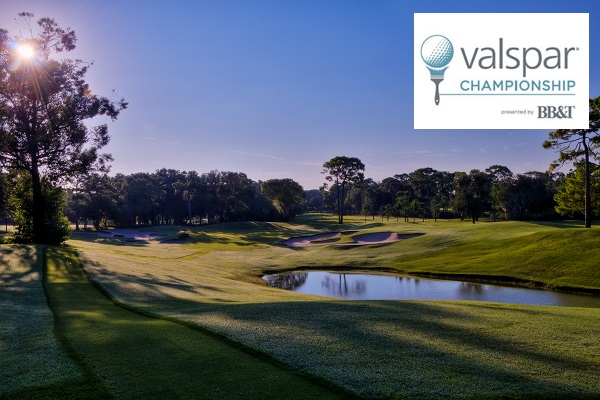 The PGA Tour remains in Florida this week for the third leg of its “Florida Swing,” as five of the world’s top 20 players tee it up in the Valspar Championship at the Innisbrook Resort. We cast our eye over the field to find a few worthy investments.

LAST YEAR: Kevin Streelman secured his first PGA Tour win after a flawless final-round 67 at the then-called Tampa Bay Championship. The 34-year-old American chased down compatriot Boo Weekley, who set the mark at 8-under with a superb 63 early in the day. Streelman dropped a 20-footer for birdie on 17 to run away with a two-shot victory at 10-under par. Cameron Tringale was a shot behind Weekley in third, with Justin Leonard, Greg Chalmers and defending champion Luke Donald finishing level at 6-under.

THE LOWDOWN: The Copperhead Course at Innisbrook is a par 71 which can be stretched to 7,340 yards but will be set up slightly shorter this week. The course features five par-3s and four par-5s and like the other courses on the Florida Swing, there is fair amount of water to negotiate – although nothing to the degree of Doral! Tree-lined chutes off the tee are one of the course’s defining characteristics, placing emphasis on driving accuracy. Like PGA National’s “The Bear Trap”, Innisbrook boasts its own “Snake Pitt” – a stretch of three holes from 16-18 where birdies are a truly rare commodity.

With an average winning score of 13-under, a good scoring average looks the key to contending at Innisbrook. Players who can limit bogeys while picking off birdies where possible should put themselves in the mix. Quality ball strikers tend to be favoured here over great putters, as evidenced by the past four winners – Streelman, Luke Donald, Gary Woodland and Jim Furyk. On a tricky layout where birdies are not easy to come by, scoring on the four par-5s will be vital. The past two winners here (Streelman and Donald) were 9-under on the par-5s alone en route to victory.

BEST: Harris English (20/1) has been one of the most consistent performers of the early season. The 24-year-old already boasts a win at Mayakoba and further top 10’s at the Sony, Phoenix and Northern Trust Opens – not to mention the way he dispatched of Rory McIlroy at the WGC Matchplay before losing narrowly to the seasoned Jim Furyk.  Statistically, it’s hard not to see English contending this week; he ranks fourth on Tour in Scoring Average, sixth for Greens in Regulation and 10th in Par 5 Scoring. He finished seventh here last year at his first try and with that experience under his belt, I expect the young American to go very close this week.

VALUE: We love a former winner returning to the scene of a victory, especially when they appear to be hitting some form. Gary Woodland (40/1) fits that bill here. The big-hitting American beat Webb Simpson by a shot to win in 2011 and has shown signs of returning to his best form. Armed with his new Butch Harman swing, Woodland overturned a poor Friday round at Doral to finish in a tie for 16th. Woodland’s strong ball-striking skills should hold him in good stead again at Innisbrook this week.

ROUGHIE: You could do a lot worse this week than have a couple of quid each way on John Senden at odds of 125/1. The Aussie put himself right in contention heading into the weekend at the Honda Classic with a blistering 63, before falling out of contention. Senden was fourth at the McGladrey Classic at the end of last year and posted a top 20 at the Northern Trust Open last month. He has a best of T15 here in 2011 but I wouldn’t be surprised to see him better that this week, as the course appears to suit his game on paper; he ranks fifth in Par-5 Birdie or Better stats, seventh in Scrambling and 37th in GIR.