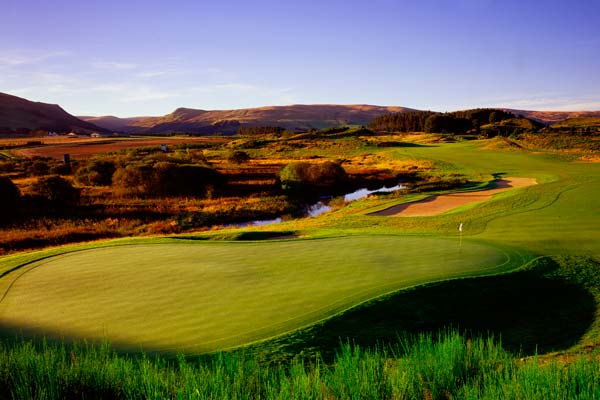 Although following in the footsteps of the 2012 Ryder Cup, dubbed ‘The Miracle at Medinah’ would be a daunting task for any host venue, if there is a one majestic enough to do the job we think Gleneagles certainly fits the bill.

However, while excitement is certainly building among hard core golf fans in anticipation of September’s clash between Team Europe and the USA, there were some who had concerns when the PGA Centenary was originally chosen as host course a couple of years ago.

With several high profile players staunch in their criticism of the course being chosen for Ryder Cup duty, especially with two world class tracks lying in wait at Gleneagles in the form of the Kings and Queens Courses, it was clear that changes needed to be made to the PGA Centenary and after months of extensive modification work, lead by the educated eyes of Jack Nicklaus himself, the course reopened for play in April this year to rapturous applause, ready and waiting it seems for the cream of the golfing crop to roll in to town in September.

While we were always fans of The Golden Bear’s work at Gleneagles, we thought we’d have a look at what’s what with the revamped course and what you can expect if you choose Gleneagles on your next Scottish Golf Holiday…

To give you an idea of the scale of the changes that have been made t Gleneagles, over 50,000 tonnes of earth have been moved around the course, with 30,000 square metres of turf laid, and 1,000 tonnes of new sand spread out in the bunkers…some serious numbers!

The 1st on the PGA Centenary has had little changed and still acts as a gateway to the rest of the course which boasts some of the most stunning natural scenery in the UK.

Various bunkers have been removed – primarily bunkers that lay in wait for shots that travel through the backs of greens – and have been replaced with grassy hollows that will add another element to the short game test that awaits Europe’s and the USA’s finest.

Around other parts of the course, green contours have been softened and additional bunkers have been added to protect the front portions of greens, placing more of an emphasis on accurate approach shots. Other changes include the removal of a handful of trees, lowering or raising tees and tightening of landing areas from the tee.

While changes have been made to the layout of plenty of holes on the PGA Centenary Course, it is at the 9th and 18th holes where the most substantial remodelling has been carried out.

These days the 9th looks much different to above. Why not pay Gleneagles a visit and see for yourself?

The significant changes to this picturesque par 5 have taken place towards the green and approach shot landing area. The large fairway bunker that flanked the pond to the right of the fairway has been completely removed with the pond being extended further into the hole. Those who go for the green in two will now require two of their Sunday best.

The layup shot has also been made trickier with two new bunkers to the right side of the fairway, close to the existing pond, as well as a bunker on the left hand side, narrowing the landing area. A little extra thought and more precision are now required for those who take the sensible approach.

The par 5 18th – it was feared this hole would be butchered by the game’s best players – will now make for a much more dramatic and challenging test of golf for the players. Whereas before going for the green in two was a no brainer for anyone with the required power, now there is a real risk vs. reward dilemma for those with birdie or even eagle on the mind. With spectators in mind, an amphitheatre has also been created to ensure the Ryder Cup atmosphere is as raucous as ever.

The players competing at the Ryder Cup in September will have to contend with plenty of well placed bunkers and the odd intimidating water hazard, not to mention a series of tricky Jack Nicklaus green complexes which will be running quick and true thanks to the course’s new SubAir system.

Gleneagles’ Director of Golf, Stuart McEwen said: “It’s been a challenging but hugely rewarding six months for all involved in the redesign of the PGA Centenary Course.  We are thrilled with how the golf course is shaping up and the recent changes made will certainly make a big difference, particularly the 18th.  By successfully completing the redesign changes now, thousands of golfers will be able to enjoy playing the golf course prior to the 2014 Ryder Cup.”

A SubAir system has also been installed on all 18 greens which should dramatically improve their condition throughout the year. Gleneagles is actually the 1st golf club in the UK to install such a system and that’s not where the innovation has stopped. In addition, every bunker on the course has been remodelled, topped up with new sand and had the “Better Billy Bunker System” introduced. This is a drainage system developed by former Augusta National superintendant Billy Fuller and Gleneagles is the only course in Europe currently using the system.

With what will hopefully be a summer of excellent weather on the way and the Gleneagles PGA Centenary Course already in wonderful shape, Team USA and Europe are sure to have the perfect arena in which to perform by the time the Ryder Cup rolls around in September. In the mean time, why not judge for yourself and ensure your next golf break is to this famous Scottish gem?