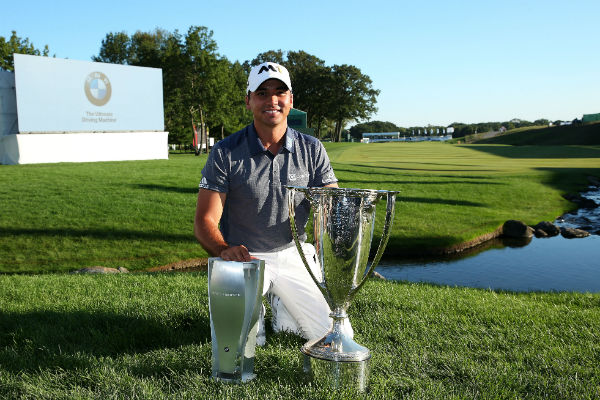 Watch a young Jason Day talk about his dream of becoming No.1 in 2008

By Richard ForresterSeptember 21, 2015No Comments

Jason Day completed his rise to become No.1 in the world on Sunday after his victory at the BMW Championship. It was his fifth win this season and fourth in his last six starts as the Australian cruised his way to the top of the rankings overtaking both Rory McIlroy and Jordan Spieth.

Not only did the victory put him in pole position to win the $10 million pot in the FedExCup, but it made a childhood dream become a reality. Since he watched Tiger Woods at the age of nine claim victory at the 1997 Masters, Day became inspired to become the best.

At the age of 17, he set out a list of steps with mentor Colin Swatton on how to become No.1. The plan was devised into four parts – the mental, physical, tactical and technical aspects of the game and from there, Day set out to achieve his target.

Day made no secret to his aspirations and in 2008, he was asked about what he wanted to achieve in golf…

He will wake up on Monday morning knowing that he is the man to beat. His idol Tiger Woods spent a total of 683 weeks at the top and if Day even achieves half of that, he will go on to inspire a new generation.

It began at the start of February when he claimed victory at the Farmers Insurance Open but he had to wait until July for his next victory at the RBC Canadian Open finishing -17 over the four days. He then picked up momentum, winning his first major at the PGA Championship less than a month later before winning the Barclays and eventually the BMW Championship.

Here’s how he did it over the weekend.