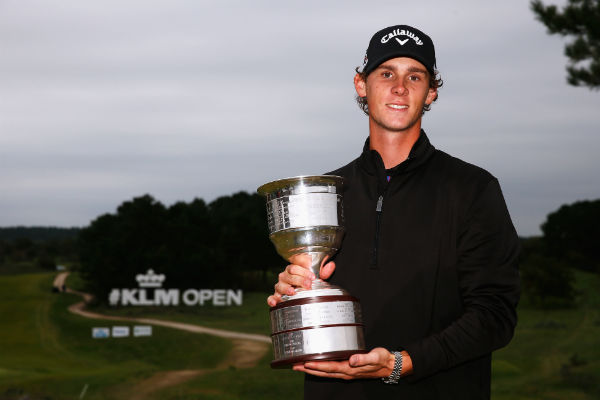 Watch the best shots from the European Tour this week

By Richard ForresterSeptember 14, 2015No Comments

Thomas Pieters claimed his second European Tour title this week. just two weeks after winning his first, following a one-shot victory over the rest of the field at the KLM Open.

It looked as though it would go to a play-off but Britian’s Lee Slattery failed to hole a four foot par putt on the last as the Belgian carded six birdies and one bogey in a round of 65.

Before Pieters’ first European Tour victory at the D+D Real Czech Masters at the end of August, he had previously gone 47 events without a win but he is now the youngest Belgian at the age of 23 and 229 days to record multiple European Tour victories. It was also the fifth Belgian victory on the tour in history.

Watch some of the best shots from the KLM Open including a hole in one from Wade Ormsby and Tom Watson rolling back the years.