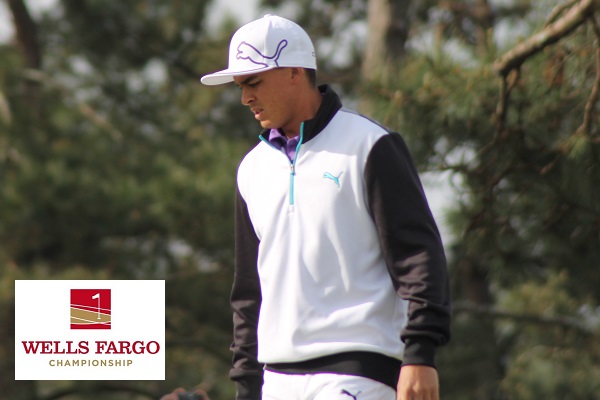 The PGA Tour heads to North Carolina this week for the prestigious Wells Fargo Championship at Quail Hollow. We cast our eye over the field to find some attractively priced contenders and likely pointscorers for your Fantasy Golf stables.

LAST YEAR: Playing in only his ninth PGA Tour event after starting the week as the fourth alternate, Derek Ernst defied his No. 1,207 world ranking to beat a hot field at Quail Hollow. The 22-year-old rookie birdied the 72nd hole to force a playoff, before downing England’s David Lynn on the first extra hole. Phil Mickelson led by one with three holes to play before bogeying 16 and 17 to finish in third.

THE LOWDOWN: There have been a number of changes to the Quail Hollow layout this year; no bigger than the unveiling of Bermuda Grass on all the greens. In recent years players have struggled on the substandard bentgrass, so the upgrade could prove a great equaliser among the field. The course has also been lengthened to a whopping 7,442 yards, giving a clear advantage to those who are longer off the tee. Players who drive the ball well and consistently pick off birdies on the par 5s should put themselves right in contention by Sunday.

BEST BET: I really like the chances of Gary Woodland at a decent price (55/1) this week. The 29-year-old American is one of the best ball-strikers on the PGA Tour, ranking inside the top 20 in both the Driving Distance and Greens In Regulation stats. The winner of last year’s Reno-Tahoe Open, Woodland has registered top 10s at the CIMB Classic, Farmers Insurance Open and Valspar Championship this season, and finished no worse than 38th in his last 10 outings. He looked particularly threatening at the Masters, firing a blistering 6-under 30 on the front-nine to move into contention on Saturday, before stalling to finish T26. Woodland’s strength off the tee will be a major weapon against Quail Hollow’s defences. He represents at terrific each-way bet.

VALUE: With eight top-20s this season alone, Jason Kokrak (66/1) has been somewhat of an each-way merchant for punters and is knocking on the door of a maiden Tour victory. His best performance this year came at Bay Hill, finishing outright fourth behind Matt Every, Keegan Bradley and Adam Scott. The young American’s T50 at this event last year was far better than it appears on paper, having sat inside the top-5 at the halfway mark before succumbing to a disastrous 80 in the final round. One of the Tour’s long bombers (ranks 7th in Driving Distance), Kokrak is also a terrific scrambler. I’d be surprised not to see him in the mix at some stage over the weekend.

ROUGHIE: Having finished fifth here in 2009, runner-up in 2011 and 9th in 2012, you could do a lot worse than throw a couple of quid each-way on Jonathan Byrd at the juicy odds of 125/1. Despite missing the cut last week in Louisiana, Byrd had made through to the weekend in each of his four starts prior, so is certainly worth a look on a track he clearly enjoys.

FANTASY ADVICE: With most of the big names in action next week at THE PLAYERS, you might want to leave some spare change in the transfer bank. A little bit further down the scale is Ricky Fowler (11.5), who returns to Quail Hollow; the site of his biggest win to date in 2012. Overlook his poor showing at last week’s Zurich Classic, as he previously posted a 6th in Houston and T5 at the Masters. Shell Houston Open winner Matthew Jones (9.0) has been in career-best form and is also worth trade consideration.