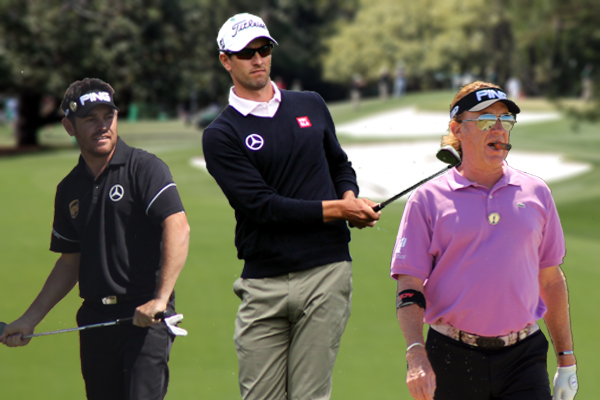 A field of 76 players will converge upon Firestone Country Club in Ohio this week for the third World Golf Championship event of the year; the Bridgestone Invitational.

All eyes will be on defending champion Tiger Woods as he continues to battle back from surgery in a race to make Tom Watson’s Ryder Cup squad. A red-hot Rory McIlroy will attempt to emulate his Open Championship success with a win ahead of next week’s PGA Championship. But we think it’ll be another big name who takes the chocolates in Akron…

LAST YEAR: Woods cruised to a seven-shot victory over Henrik Stenson and Keegan Bradley to earn his eighth Bridgestone Invitational win. The tournament was effectively over after Woods distanced himself from his rivals with a stunning nine-under-61 on Friday, before beginning the final round with a seven-shot advantage which he would maintain via a closing level-par 70.

THE COURSE: At 7,400 yards, Firestone is as testing a par 70 as any on the PGA Tour. Statistically it played as the second-hardest of all par 70s in non-majors last year. Players will certainly have their work cut out trying to emulate Tiger’s score from last year. With rain predicted throughout the tournament, the course could play even longer, so expect the bigger hitters to carry a distinct advantage.

When it comes to picking a winner, there are a few key pointers to consider. Firstly, the course is set up similar to what the players contend with at Augusta – a big brute of a track with bentgrass greens – so it’s unsurprising that the best ball strikers tend to dominate here. Interestingly, eight of the past nine winners here banked a top-15 finish at the Masters in the year of their victory. Like Augusta, those with course experience have historically fared better at Firestone than those tackling it for the first time.

So those around the office know I have a bit of a man crush on “Scotty”, but I’m truly convinced that the stars have aligned for the man from Adelaide this week. Since winning the Crowne Plaza Invitational in May, Scott has posted a T4 at Memorial, T9 at the US Open and finished T5 at The Open. It’s no secret the World No.1 was “dudded” by the draw at Hoylake which makes that performance even better than it appears on paper. Scott shapes up as a perfect fit for Firestone; he ranks second in Ball Striking on Tour and 5th in Par 4 Performance (there are 12 of them to navigate here). He is a Masters winner, finished T14 at Augusta this year, and won this event by four shots in 2011. Armed with his soon-to-be ditched broomstick putter, Scott will etch his name on the trophy again come Sunday.

At the end of last year, I predicted that the all-conquering Swede would come crashing back to earth, owing almost solely to his horrific short game. While Stenson’s results have been far from ordinary (he recorded a T14 at the Masters and T4 at the US Open), the fact remains that he ranks 150th in the Strokes Gained-Putting stat, 184th in Scrambling and 170th in Sand Save Percentage. Until he remedies his work with the flatstick, I can’t see big Henny winning a major. However, the WGC-Bridgestone isn’t a major and his performances at the Masters and US Opens this year are testament to his brilliant tee-to-green ability. Like Scott, Stenson fits the bill as a man who can counter Firestone’s length with his booming long game. He can certainly go close to bettering his joint runner-up finish from last year.

Despite again having to battle with injury this season, the diminutive South African remains a threat when fit. There were encouraging signs in his T36 at Royal Liverpool, shooting a 68 on Friday to get on the leaderboard before a 76 on Saturday stalled the charge. Another brilliant ball striker, Oosthuizen certainly has the tools to pick apart a lengthy Firestone track, as evidenced by his two top-10 finishes from three visits here.

Two wins already this season coupled with a brilliant performance at The Masters have put “The Mechanic” in the mix for a Ryder Cup berth. He can enhance those claims with a strong showing this week. It’s worth noting the Spaniard finished T4 here last year. He’s already picked apart Augusta in 2014; don’t be surprised if he pops up near the top of the leaderboard at Firestone.