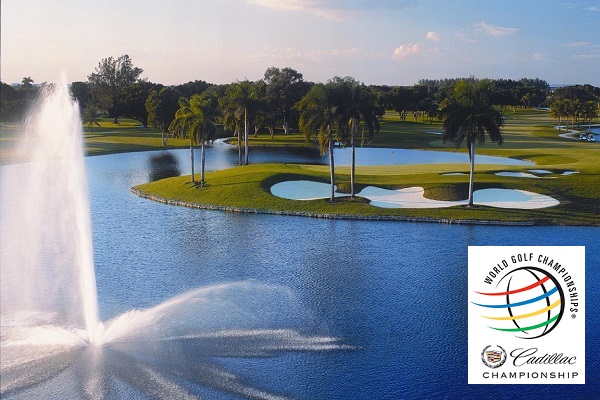 WGC Cadillac preview: Scott the man for the Monster

The PGA Tour remains in Florida this week for the second World Golf Championship event of 2014, the Cadillac Championship at the new-look Trump National Doral. As always, we cast our eye over the field to find a few worthy investments for the week.

LAST YEAR: Tiger cruised to his 17th WGC title and fourth on the Blue Monster, pouring in 27 birdies on the way to a comfortable two-shot win. The World No.1 was four clear heading into the final round and wrapped up victory with a one-under 71 on Sunday. Woods had been given a putting tip by eventual runner-up Steve Stricker before the event and it worked spectacularly as he required just 100 putts for the week – matching his career best in a 72-hole event.

THE LOWDOWN: The Blue Monster plays host to this event for the eighth time this year, but this week sees the unveiling of the Gil Hanse redesign for Donald Trump. With winning scores averaging between 16 and 19 under over the past five years, Hanse has lengthened and toughened up several holes in an attempt to provide a test befitting a WGC event. The overall yardage is up 147 yards to a beefy 7,481, with the iconic 18th – where the course derives its nickname – one of the few holes left untouched.

The keys to taming the Blue Monster are ball control and patience. Those who stray from the fairway will find Doral’s plethora of bunkers and water hazards have a tendency to bite – and bite hard. Look for good ball strikers and players who have a habit of racking up big Greens in Regulation percentages to plot their way around the course and take advantage of any scoring opportunities with the putter.

THE TIP: There seems a great sense of calmness and timing about the way Adam Scott (14/1) is preparing for the defence of his Masters crown. The reigning champ enjoyed a seven week break before returning at last week’s Honda Classic to shake off the rust, where he shot four rounds of par or better en route to a T12 finish. Not bad for an early season tune-up. The Aussie has shown an affinity for Doral, with top 10s in 2009 and 2011, a 13th in 2012; then last year he produced a blistering final round of 64 to finish third behind Woods. This course is made for a ball-striker of Scott’s calibre and with an added incentive – he could go to World No.1 with a victory (provided Tiger finishes outside the top seven) – expect him to take some beating.

THE VALUE: It’s slightly surprising to see a player of Jim Furyk’s calibre, a man ranked inside the top 20 in the world, at odds of 60/1 – particularly on a course that looks tailor-made for him. Stats wise, Furyk’s game looks perfect for this course, with 70% Driving Accuracy, 68% Greens in Regulation and 63% Scrambling. The 43-year-old only kicked off his season in February, and has shook off the cobwebs with a 35th at Pebble Beach, a 23rd at Riviera and a quarter-final loss to Ricky Fowler at Dove Mountain. Before that, he closed out 2013 with five top 10s in his last seven starts. If he is close to rediscovering that form, expect Furyk to be right in contention.

THE ROUGHIE: So he’s not the roughest option this week, but Nick Watney (70/1) is certainly at an appealing price for a former winner of this event. Watney won the 2011 edition of the Cadillac and finished second here in 2009. He might have put the writing on the wall for a big performance with a closing 67 at the Honda, on a day where the majority of the big names struggled to score, to finish five back from the lead.