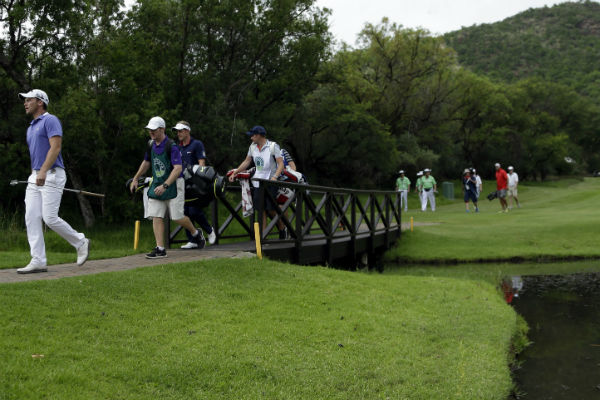 He has never won a major tournament but Bill Haas has followed in his father’s footsteps, Jay Haas, by topping the leader board for the most cuts made this year.

Jay, who has 33 professional wins to his name throughout his career, currently holds the record for making the most cuts on the PGA Tour of all time with 592, which is 49 more than Arnold Palmer.

Although Bill is still someway off that record, the 32-year-old American has been the most consistent golfer on tour in 2014 with 27 cuts made including in all four of the majors.

American compatriot Chris Kirk is second on the list with 26 cuts made. He has had a productive year, qualifying for his first Masters where he finished T20 alongside Haas and he won the Deutsche Bank Championship in September by two shots.

2014 was also a milestone for Brendon Todd. His 25 cuts made puts him third on the list but he won his first PGA Tour event in his 77th start at the HP Byron Nelson Championship. The victory has ensured his qualification to The Masters in 2015.

Five players are then tied for fourth with 24 cuts. Charles Howell III, Zach Johnson, Brendon de Jonge, Cameron Tringale and Jordan Spieth are all one behind Todd.