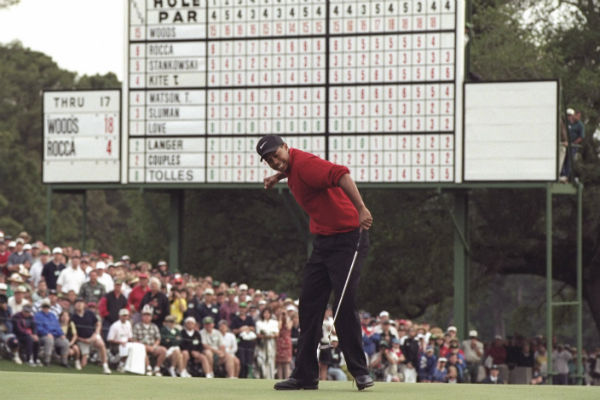 Will any of these Masters records be broken this year?

By Richard ForresterMarch 27, 2015No Comments

With the Masters right around the corner, the excitement in the golfing world is increasing. Will Rory McIlroy win a career Grand Slam, can Your Golf Travel ambassador Lee Westwood claim a heroic victory at Augusta or will any records be broken? We will know all the answers to these questions in due course but for now, 19th hole look at a range of records at Augusta that have been broken in its rich history.

Held by the ‘Golden Bear’. Jack Nicklaus created history at Augusta in 1975 when he claimed the green jacket for a record fifth time. But he wasn’t content with that, winning his sixth and final one in 1986. The final 10 holes Nicklaus played them to seven-under par. Arnold Palmer and Tiger Woods have both won four whilst Jimmy Demaret and Sam Snead both have the hat-trick.

Nicklaus’ sixth Masters win in 1986 brings us nicely onto the oldest winner. The legend was a remarkable 46 years and 82 days when he hit his second shot on the 17th to 18 feet and casually rolled it in for birdie to cap an eagle-birdie-birdie run and effectively win the Masters. The victory was his 18th major title.