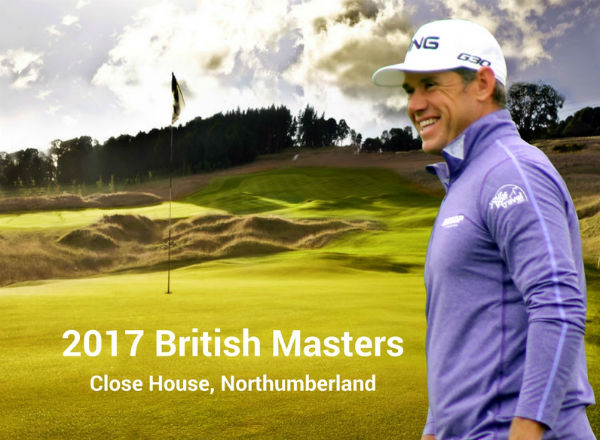 By Nick MartinOctober 19, 2016No Comments
[quote]It’s great to see The British Masters back on the European Tour schedule and especially the way the event has been run over the last two years, with a focus on an innovative approach and getting the likes of Luke and Poults to host the event. I’m really proud to have the chance to take over the reigns next year and take the event to the North East and Close House. Obviously, I’m connected to the resort and while I have a few ideas for the odd tweak to the course, I think it will be enjoyed by the players as it’s a bit different to what we play on tour week in week out and the conditioning is always top class.[/quote]

The British Masters returned to The European Tour schedule in 2015 and for the last two years, it has been one of the most popular tournaments on tour attracting a star-studded field. It was confirmed yesterday that the British Masters will be hosted by Ryder Cup legend and one of England’s top golfers Lee Westwood. Lee chose his home club of Close House in Northumberland to be the host venue. Before we talk about Close House, let’s take a look back at the previous two British Masters.

The 2015 British Masters was held at Woburn Golf Club and supported by Sky Sports. The event was hosted by local star Ian Poulter and won by European Tour Rookie Matthew Fitzpatrick who was in fact, the youngest player in the field, pretty impressive. Click here to check out our latest offers to Woburn Golf Club.

In 2016, The British Masters headed down the M1 to the luxury Grove Resort, which had previously played host to the WGC American Express Championship in 2006 won by former world no. 1 Tiger Woods. I was lucky enough to be at the grove on Friday and even got a selfie with BEEF, one of the most popular guys on tour. Click here to see my latest blog on BEEF, the happiest guy on tour. 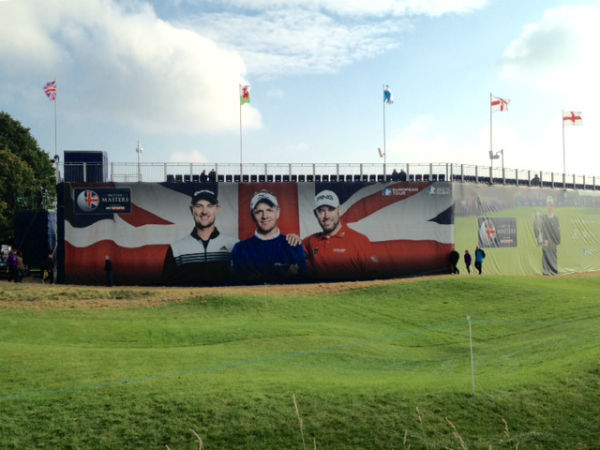 Get to know Close House

Close House, located in Northumberland is the home of the world’s only Lee Westwood golf courses and in 2017, Close House is set to host a European Tour event for the first time. The resort is home to two courses with the British Masters being hosted on The Colt Course which has previously been voted one of the top 100 courses in England. The Filly course is the easier of the two but still offers some beautiful views overlooking the Tyne Valley. Let’s take a closer look at the two course…

The championship Colt Course is more the challenging of the two and as mentioned will play host to the 2017 British Masters.  The course was designed by Scott Macpherson, who has an impressive portfolio of courses around the world including Royal Wellington Golf Club in New Zealand and Menaggio Golf Club in Italy. Scott’s design was also inspired by the legendary Harry Colt who has designed the likes of Wentworth, Sunningdale and Stoke Park. 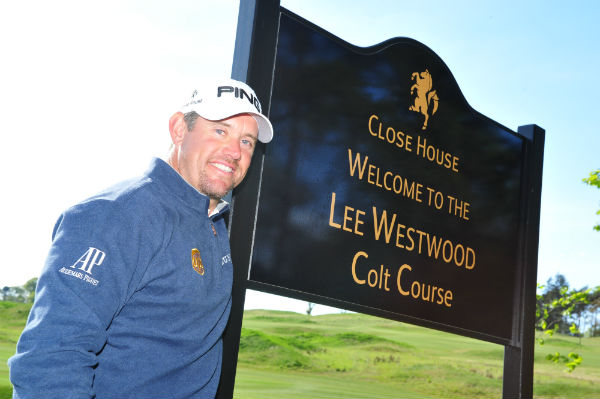 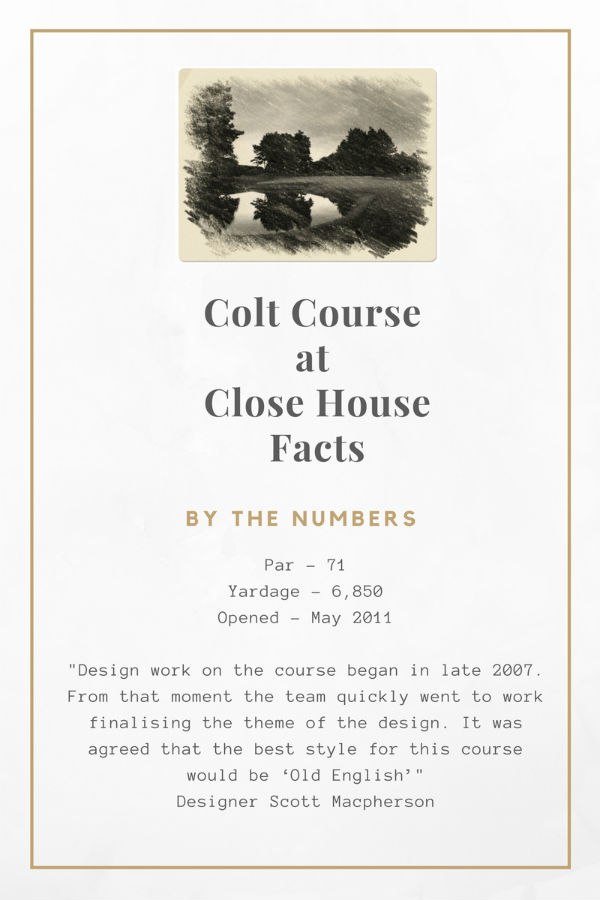 Lee Westwood, Mark Crossfield and YGT Rory take on the signature 9th on The Colt Course

[quote]Close House is a great venue and after watching Rory and Coach Lockey having their usual fun around the Colt Course, which is a really good test from the back tees, I had the pleasure of taking Lee Westwood on for 18 holes on the Filly Course. The Filly Course is definitely much more friendly than the Colt Course (where they’ll play the British Masters in 2017) so would really suit amateurs with higher handicaps but with so much slope and elevation change coming into play on the Colt Course, and with holes like the par 3 9th which (we filmed as the Signature Hole with Lee) is a stunning par 3, I’m sure the British Masters will continue to be a great success next year. Lee is acting as host and he was great fun to play with so I wish him all the best next year![/quote]

Lee Westwood and Mark Crossfield do battle at Close House, who will come out on top?

The no. 2 course at Close House is The Filly Course, which used to be just 9 holes, but in 2007, the course was redesigned and reopened as an 18 hole course. It is much shorter than the Colt measuring at 6000 yards, but it is still a stern test of golf with undulating greens and tight fairways. Playing on The Filly Course, you will also enjoy spectacular views overlooking the Tyne Valley. 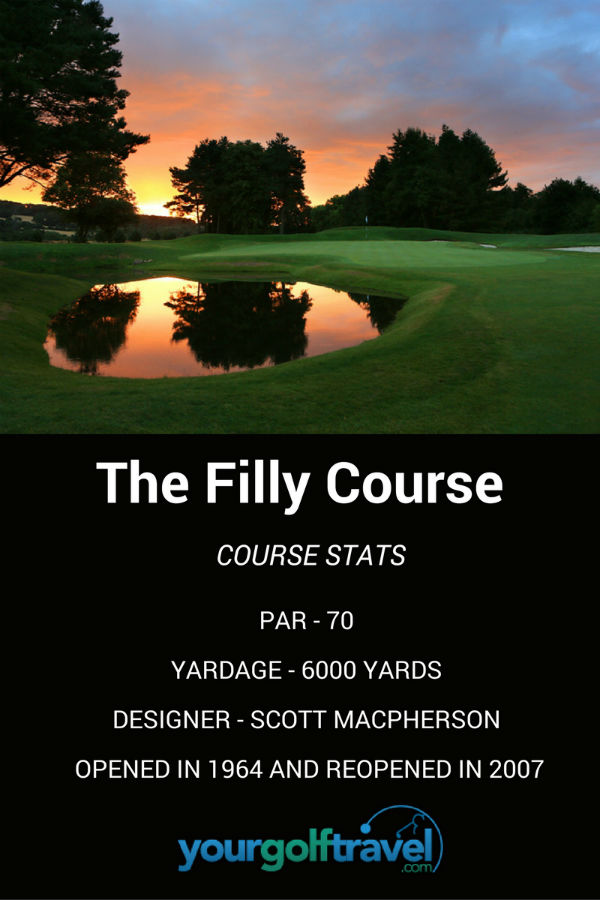 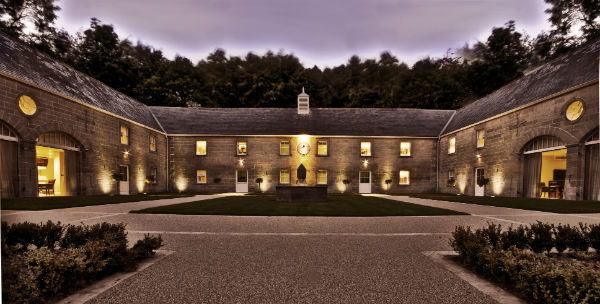 The Hotel at Close House may be small with only 16 guestrooms, but they are all decorated with elegance and taste, making for a luxurious stay. The 12 guestrooms that back onto the courtyard are all uniquely named after the famous golf course architect Harry Colt, so you could be staying in Swinley Forest, Wentworth or even Stoke Park. All guestrooms offer modern amenities and services such as an in-house safe, complimentary wifi, personalised wake-up calls and a daily housekeeping service. 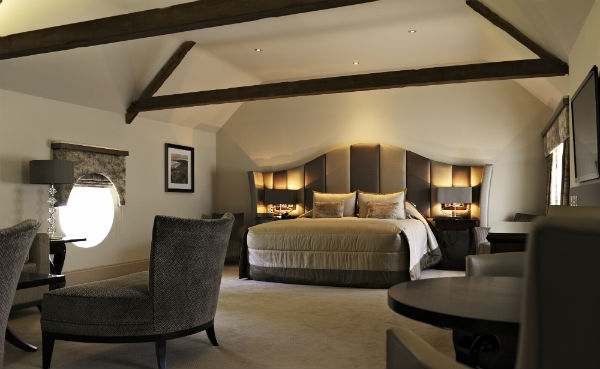 8 Miles from Newcastle Airport and The Central Station

Close House is in a fantastic location only 8 miles from Newcastle International Airport and Newcastle Central Station. There are daily flights and trains from London to Newcastle, and as only 15 minutes from the train station or Airport, you can be on the first tee in no time.

[quote]Our golf break at Close House in Newcastle was excellent and we may return to Close House thanks to the two tremendous golf courses and the fantastic hotel. The magnificent country house hotel was spectacular and the food in the restaurant was equally impressive. The head chef Chris Delaney is a talented young man and his food was a highlight of the golf trip.[/quote]

Why it is your choice in the winter?
[quote]Two great courses, each offering a mix of tests. The Colt drains really well and they are offering some good winter rates. Best to get in early, as is holding the British Master in 2017 so prices will continue to rise.[/quote]

Your tip for visiting for the first time?
[quote]Rarely use your driver on The Colt course, as if you are slightly offline you will be in trouble.[/quote]

[quote]I recommend visiting the Swan Inn just down the round. They do great fresh food and beer at a reasonable price.[/quote]

Thanks for reading! Stay tuned to Your Golf Travel for the latest information on 2017 British Masters packages. If you don’t want to wait that long, choose Close House for your next UK golf break. Click here to see our latest Close House offers.