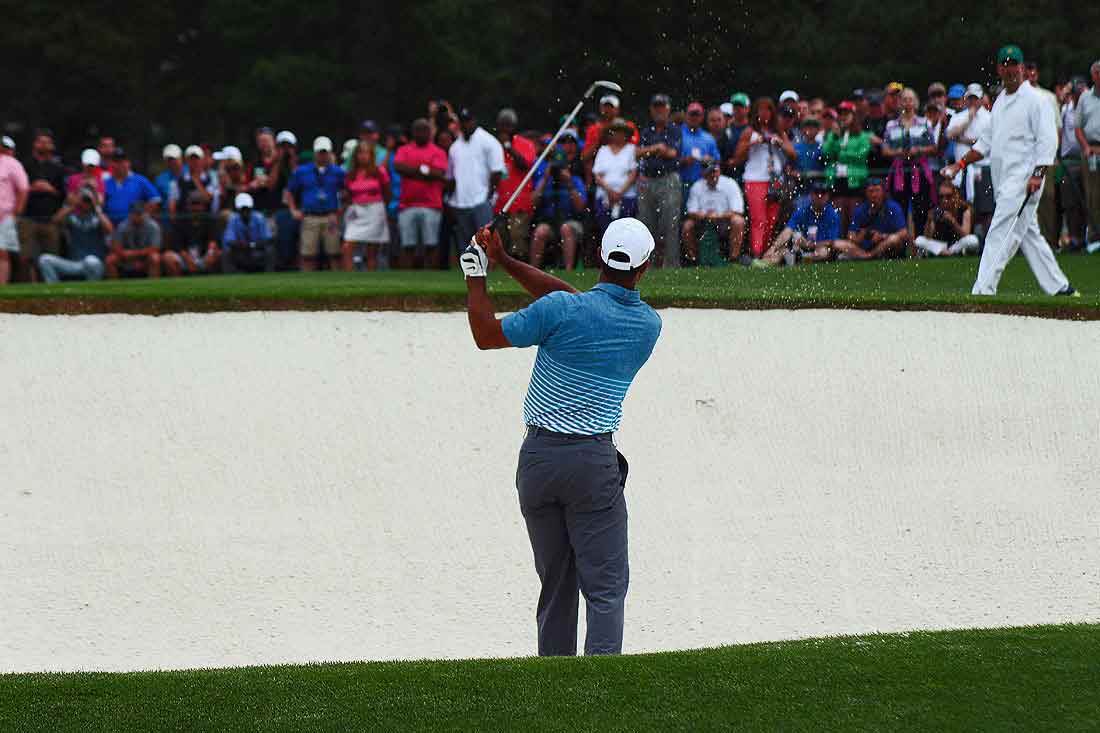 After departing London and arriving in Atlanta Airport, the #YGTMasters team have made their way to Augusta. The course itself, Augusta National is about a 20 minute drive from our humble abode and it couldn’t be easier to find...which is great as mself, YGT Rory, and Mark Crossfield, Ask Golf Guru, have been charged with a special task; attending all three practice days at The Masters in order to attempt to bring to life in some way, what it is really like to make that bucketlist, once in a lifetime trip to the greatest show in golf.

All eyes are on Rory McIlroy heading into the tournament and understandably so. He’s gunning for the career grandslam which is a feat only a handful of the game’s greatest players have ever achieved. And while we were lucky to see Rory hit a few shots including a booming drive up the 18th – a seriously tight tee shot by the way – as well as Tiger working on his much scrutinised short game – absolutely no yips to report in case you’re interested – the undoubted star of the show was the course itself; Augusta National.

Looking sharp and relaxed at a course he loves

So, you are in...where do you go first? Like many I walked up to the 1st tee which is just next to the picturesque clubhouse. From there I quickly decide "I need to see Amen Corner" which I head to across a large expanse of open space which is located to the right of the dog-leg 10th. The crowds are large but you don't feel pushed or crowded, everything is very gentile and you really are made to feel special. Walking the course is a fantastic experience with every vista offering some sort of childhood memory for me watching the Masters at home. It is absolutely immaculate, even the fairways are carpet like with everything perfect, even a leaf looks out of place.

The Magic of Augusta National

Those who have been lucky enough to have visited Augusta always seem to trot out the same old clichés don’t they?
You can’t appreciate just how beautiful it is until you’ve been.

The undulations are amazing and are simply lost on TV coverage. Everywhere you look the course is absolutely pristine and so on and so forth.

The thing about clichés though? They’re very often clichés for a reason...and Augusta National is EVERY bit as magical as you’ve been told.

DAY ONE AT AUGUSTA

Want more Masters info? Don't forget to keep up to date with us below