The Spieth Show at Augusta National 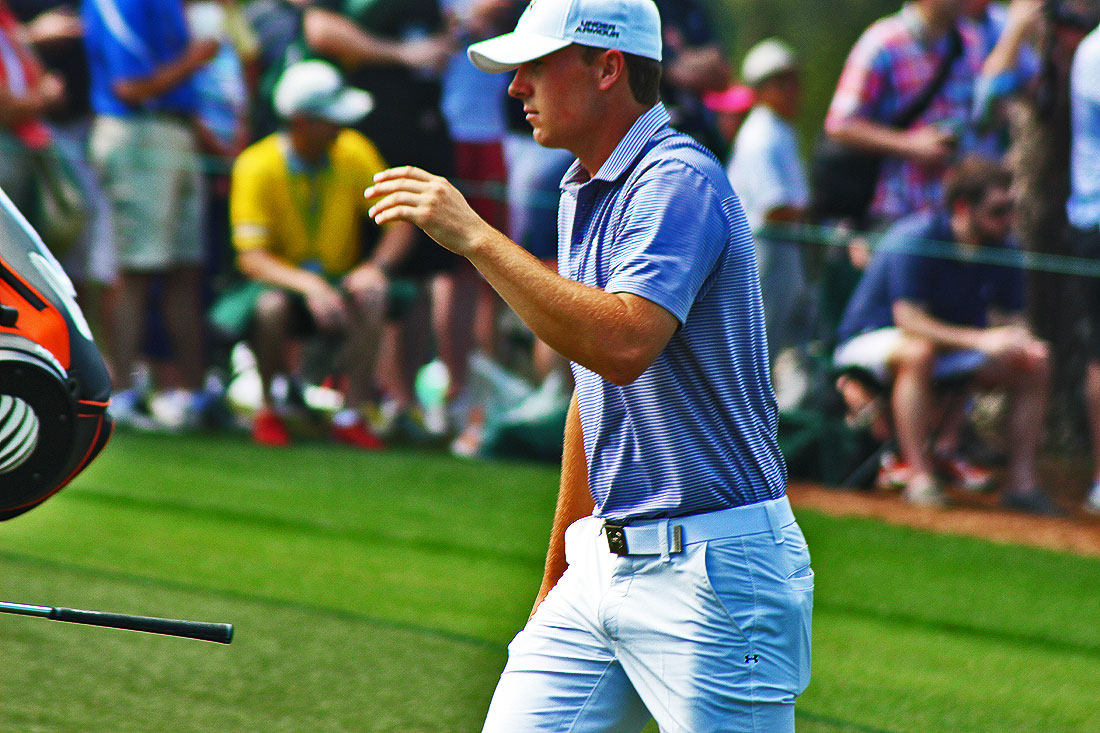 On the hunt for more tournament records...

Friday at the Masters and, for now, the weather is staying fair. Jordan Spieth though; is not. After a 1st round that was just a solitary shot from tying the course record at Augusta, as well as the all time low round in any of the four major championships, he just keeps ploughing on with the pedal to the metal, making birdies look as easy as shelling peas.

While tying the course record at Augusta National would have been something to shout about, the fact that he missed it by a shot probably isn’t dwelling in his mind...because after his second round today, which broke the all time Masters scoring record through 36 holes, there are a few other more meaningful and historic records that are well within his sights should he continue his birdie barrage going into the weekend. Let’s take a closer look at some of the records that could fall if Spieth keeps up his frenetic pace...

PLAYER OF THE DAY

Which Records Could Fall at Augusta in 2015?

Having set the best mark through 36 holes in Masters History, this seems like the obvious place to start! What does Jordan have to do to beat Tiger’s mark from (yes you guessed it) the 1997 Masters?

Shoot a (pretty rubbish by Jordan’s current standards) 69...likelihood off this happening? Well that depends on how the course is set up. Actually...it probably doesn’t...Spieth is playing that well!

Surely Augusta will get the better of Spieth at some point over the weekend?

You may not be surprised to hear Tiger holds this record too. He set the standard for four-day birdie barrages at the 2000 Open Championship at St Andrews, finishing 19 under par.

Conceivably that record could also fall at Augusta this week but with Saturdays at Augusta being notoriously difficult, this one might be out of reach. Whispers around the course and in downtown Augusta suggest the sub air systems (they suck the moister from the course) might be turned on to make the course play harder and faster...players like Tiger and Phil have both hinted that’s what they’d like to see over the weekend and if that does indeed happen, Spieth’s relative lack of length might hault his assault on Augusta...as well as allowing the bombers to close the gap.

Out of all the records on this list...this one is probably most out of reach...or less in reach...sorry...Spieth’s play has me in a bit of a spin!

David Toms posted a total of 265 when he won the PGA Championship in 2001...but that wasn’t at Augusta National! If Jordan was to break this record, he’d have to shoot at least 10 under over the weekend. While he’s proved that he’s more than capable of that, he’s got a five shot lead so probably won’t be firing at as many pins...add to that the likelihood that the course will play tougher over the weekend than it has so far and a pair of 67s (or something equivalent) is far from a sure thing.

Most Birdies at The Masters

In 2001, Phil Mickelson was still the “Best Player Never to Have Won a Major”...and despite carding 25 birdies at Augusta National, he couldn’t prevent a certain Monsieur Woods from completing the “Tiger Slam”.

So far this year, Jordan has found the back of the hole for birdie 15 times so he’s on pace to add another 5 to Phil’s 2001 total. Two things though...

1 – Phil and Jordan are worlds apart as golfers. Phil is Mr “Gung-Ho-I-Take-Risks-And-Make-A-Tonne-Of-Birdies-Beacuse-I-Do-What-I-Want” while Jordan has built his rounds at Augusta this year on outstanding course management and some of the best putting seen since sliced bread.

2 – As I’ve said before; Spieth is likely to protect (in some measure) his 5 shot lead over the weekend on an Augusta which is likely to play a little tougher than it has so far in 2015.

We have had some rain overnight here so the likelihood of the sub-air systems being turned on and the course becoming firmer and faster is pretty high. That and the fact that the Augusta National Course Committee probably don’t enjoy a 21 year old making it look like he’s playing the par 3 course while the rest of the field play the actual Augusta National!!

Dustin Goes Eagle-tastic in Round 2