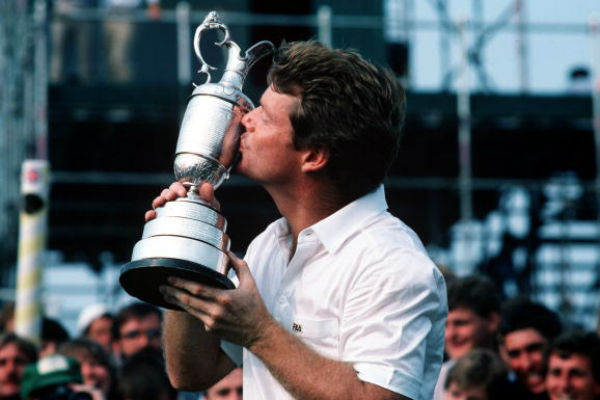 By Richard ForresterJuly 14, 2015No Comments

The Open will be emotional one for golf fans across the world as Tom Watson is set to play in his final major on British soil.

With five Claret Jugs to his name, one of the greats of the game will bow out to a special reception when he heads up the 18th at St Andrews for the final time.

To commemorate his achievements, 19th hole take a look back at his most memorable Open moments.

Carnoustie Golf Links in Scotland is where it all began for the American. In 1975, as a fresh faced 26-year-old celebrating his two year wedding anniversary, Watson and Jack Newton battled out an 18 hole playoff after Watson had sunk a 20-foot birdie putt on the 72nd hole.

Tied heading down the 18th, the match was in the balance. All eyes were fixed on the duo as the intensity and pressure mounted on each player. Watson made no mistake hitting the green in two, leaving his ball 25 feet away from the hole. Newton was in trouble. He found the greenside bunker, chipped his ball to 10-feet and missed the returning putt meaning Watson was left to collect his first Claret Jug in the pouring rain.

It was Watson’s first major in his first appearance at the British Open.

‘Duel in the Sun’

At the Masters in 1977, Watson and Jack Nicklaus went head-to-head and he held off his American counterpart as Watson claimed his first green jacket. Three months later and the duo were battling it out at Turnberry which would go on to become one of the most famous golfing rivalries in history.

In clear skies, the two had distanced themselves from the rest of the field. With Nicklaus ahead for the majority of the final round, Watson birdied 13 and then on the par-3 15th came the turning point. Watson rolled in a monstrous putt off the green to even up the round. He then won the 17th and went down the final fairway one shot ahead where he made birdie and claimed a famous victory.

Further wins were to come in 1980, 1982 and 1983 but in 2009, Watson was on the verge of creating history. Back at Turnberry, the 59-year-old needed a par on the 18th to be crowned the oldest Open champion. His second shot went over the back of the green and his third shot ended eight-foot past the hole but his par putt agonizingly missed meaning he forced a playoff with Stewart Cink. Unfortunately for Watson and most of the golfing nation, Watson failed to find the form needed and the Claret Jug went to Cink.