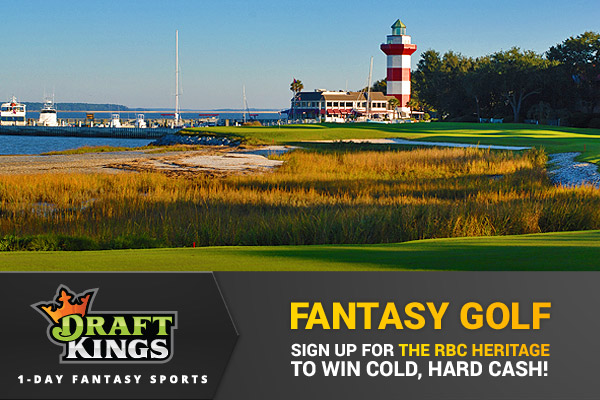 DraftKings Fantasy Golf – Our Tips and Picks for The RBC Heritage

Week four of our foray into the world of DraftKings Fantasy Sports and next up is the RBC Heritage at Harbour Town Golf Links in Hilton Head. At one point we had Aaron (tips below) in the Top 500 out of around 200,000 heading into Sunday and some serious cash was ont he table for him! Unfortunately Sunday didn’t pan out as he’d have hoped but maybe he’s the man to listen to this week!

Thankfully a few of us have been lucky enough to have played at Harbour Town Golf Links – perks of the job and all that – so we like to think we have some sliver of insider’s knowledge of the course and who might do well this week!

Considering the form players from the past few weeks, people’s historical form at Harbour Town, we’ve picked the players below who’ll hopefully score some cash for us…

Winning 46% of your tournaments running into the Masters means you’re doing something right and apart from a couple loose shots on the back nine in round one Day would have been at the business end of the tournament again. 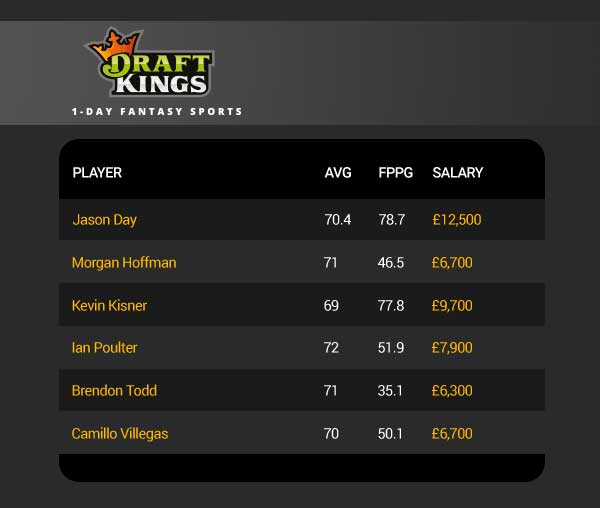 I’m going for him to strike straight back and not just to win the event but to blow everyone else away by at least 4+ shots.

Matt Kuchar has a good history at Hilton Head, including 5th in 2015 and a 1-shot win over Luke Donald in 2014. Kuchar has been incredibly consistent on tour in recent years with 6 victories coming between 2009-2014.

The course at Hilton Head is one that requires excellent shot making and the ability to save strokes when you find yourself off the putting surface, Kuchar’s scrambling is amongst the best on the PGA Tour and his consistently impressive putting should see him do well here. Plus his tie for 24th at The Masters was lit up by the incredible Tiger-esq chip in on the 16th on the final day; it went in but at around 10 times the speed of Woods’ iconic shot in 2005.

I went for Jason Day at The Masters and for a fleeting moment on Thursday afternoon, I was already counting my cash…until he dropped 5 shots in about 40 minutes that was! Besides that, I’m still fixated on his 40+% win ratio in recent months and with a relatively watered down field, certainly in comparison to The Masters, I’m hoping the Aussie can pick up where he left off a couple of weeks ago. 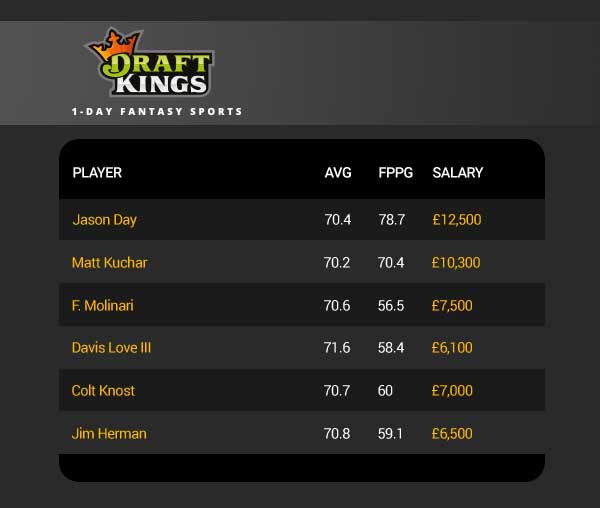 If he could do so a little quicker than usual then even better! It was tempting to back Matt Kuchar to win as his record at Harbour Town is excellent but if Day shows up firing on all cylinders he’ll be almost impossible to stop.

I am backing Casey to have a good season this year; he was my outside tip for the Masters and ended up finishing T4.

Including this impressive run out at the season’s first major, Casey has now clocked up three top 10s in his last four start and has never finished outside the top 25 in the three visits he has made to Harbour Town. Things are looking up for English Golf at the moment and a Casey win this week to follow up Danny Willett’s heroics at Augusta would be fantastic to see.

Brandt Snedeker finished tied for sixth at Augusta even with some putting troubles. 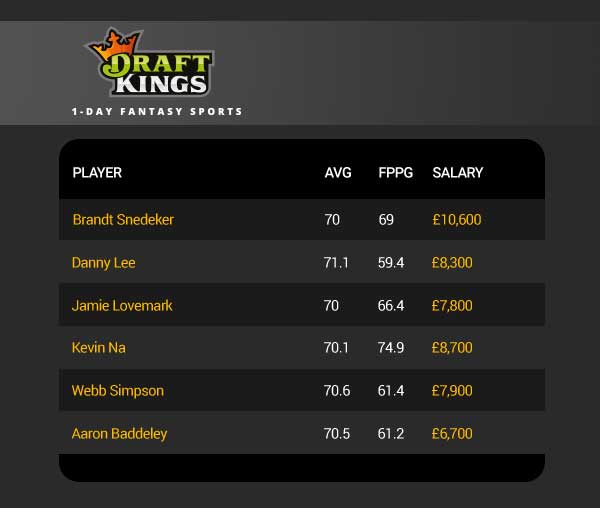 He’s too good on the greens for that to last and has the kind of game that should suit Harbour Town, particularly if the wind gets up, as he showed in horrendous conditions earlier this season with one of the best rounds ever seen on the PGA Tour at Torrey Pines. Should be in the mix.

Paul Casey! He was on fire last week at Augusta, very consistent and remained in contention the entire tournament, from round 1 all the way through to the back 9 on Sunday, closing with a round of 67. He is having a solid season ranked at 24th in the world; 1 year ago he was outside the top 50 at 77th in the world. In three out of his last 4 starts, he has finished in the top 10, so is definitely in fine form. In his last three attempts at Hilton Head, Paul has finished in the top 25, so I am confident he will continue his great form from last week, post some good scores and be within a chance of winning the RBC Heritage!