Handicap Allowances – 3/4 or Full Difference – Which is Fairest? 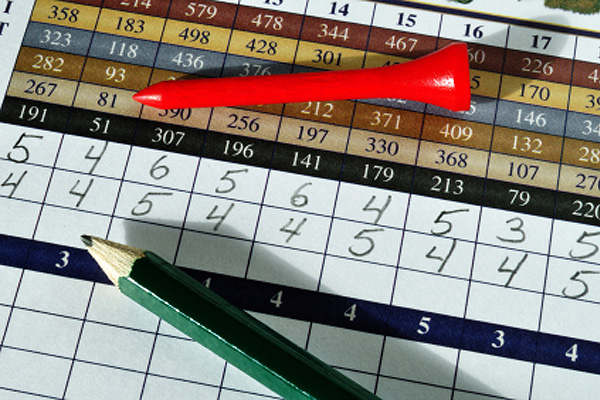 One of the best things about golf is that, no matter your ability, the handicap system – banditry aside of course – allows all golfers, no matter their ability, to compete on an even playing field.

As far as strokeplay is concerned, the handicap system is simple. When it comes to matchplay on the other hand, things become slightly more complicated, with golfers of varying abilities seemingly in favour of either a ¾ allowance being employed, or the full difference between the two handicaps in question.

Full difference in singles matchplay has become something of a talking point in golf clubs up and down the country, with; in general, two sets of players either arguing for or against it.

Needless to say, in most cases the lower handicapped golfer will miss the “good old days” when the ¾ allowance was in place in singles matchplay, while higher handicappers are obviously going to enjoy the full difference afforded to them as of 2008.

If you look at it from a mathematical point of view, you can understand the higher handicapper’s concerns. The higher your handicap, the more shots you lose when you take a quarter of it away.

Put yourself in the lower handicapper’s shoes though and you might argue that the 7s, 8s and 9s that you might expect to see on a high handicapper’s strokeplay scorecard don’t mean anything in matchplay. Lose a hole by 1 shot or 5 and the bearing on the match is the same…you simply lose the hole.

Revert back to the higher handicapper’s side of the argument however, and you could also take into account the issue of unused strokes. If you take into account the awarding of strokes according to the stroke indexes of the course, some one-sided matches will be over long before the higher handicapper receives a number of their strokes.  Also, according to the EGU, an average of one in three strokes given in matchplay scenarios do not figure in matches either because the hole is won without the stroke or lost in spite of receiving it. To put it simply, in many cases, higher handicappers just don’t use the strokes they are given.

What system do you think should be in place when it comes to singles matchplay? Vote in the poll below…


you fail to highlight the key to H.C. diferences being that it soly depends on the
blocks you are playing from ie( white back) should = full
(yellow front) =3/4 -all h/cap golf should
reflect the size of the course to keep it fair to all.?

Is length the be all and end all though? I personally know plenty of Category 1 (Handicap of 5 or less) golfers who hit it 50 yards shorter than I do and I sit firmly in Category 2. If I got full difference from them from the back tees I don’t think they’d be too happy! At the same time, if we played from the forward tees and I only got 3/4 difference, the pendulum swings back towards them.

Would be interesting to see some cold, hard data to see the differences in success rate for low and high handicappers in matchplay depending on which tees they play from.


When the handicap system in match play was increased to full allowance, I looked back at all the results in match play for the previous year in my club with the allowance being 3/4, to find that on average the lower handicapped player was the winner in just over 62% of the time. At the end of the first year of full handicap difference the results were still 58% in favour of the lower handicapped player, not as great a deal of difference as was forecast by most low handicappers !!!


I have played against many a high handicapper, having to give vast amount of shots.
In stroke play they can have a 10 on a hole, in matchplay they have merely lost the hole. Many of these a quite capable of stringing together a run of pars which means that you have to at least birdie some holes to gain even a half. I have played against so-called high handicappers that have birdied the same hole as I and take great delight in saying” sorry , I have a shot there” I am, as you could guess, an advocate of 3/4 difference


Thanks for your comments Michael.

I agree with your thoughts regarding the impact in matchplay of a “blow up” hole for high handicappers in comparison to when they endure these playing strokeplay.

I was however surprised to learn that, through a study by the Scottish Golf Union, lower handicappers have continueed to win the majority of singles matchplay contests since the change to full difference was made in 2008.


The full difference has been with us for a while now, and in my opinion it is now very much biased towards high handicap golfers. Single figure golfers are being punished for having some more ability, practising, having lessons and being dedicated to lowering their handicap. As previously mentioned, it is much more difficult for a five handicap golfer to shoot four below their handicap than it is for a sixteen h/cap to do the same. The system doesn’t work.


Half and three quarter handicap allowance was fairer for the better player because it stopped bad players and cheats winning comps by default. I mean , what’s the point in having club pro’s giving lessons when no one wants to get better because they have a pocket full of shots. I personally now don’t play in my club comps because as a low single figure golfer there is no way I can compete with above average golfers because the handicap system is unfair. If you want to win comps then get lessons and work for it, I did but now it’s not worth it. I tell people who want to get to single figures not to bother if they want to play in any comp because hackers always win. And to think the governing bodies want to bring in a 54 handicap limit in want there heads looking into, it’s one thing having good players playing slow but to have people who can’t hit a ball at all on a golf course is stupid, totally misses the point. At my club the better the golfer the least they are thought of as I’ve complained there are no comps for single figure players in clubs anywhere.