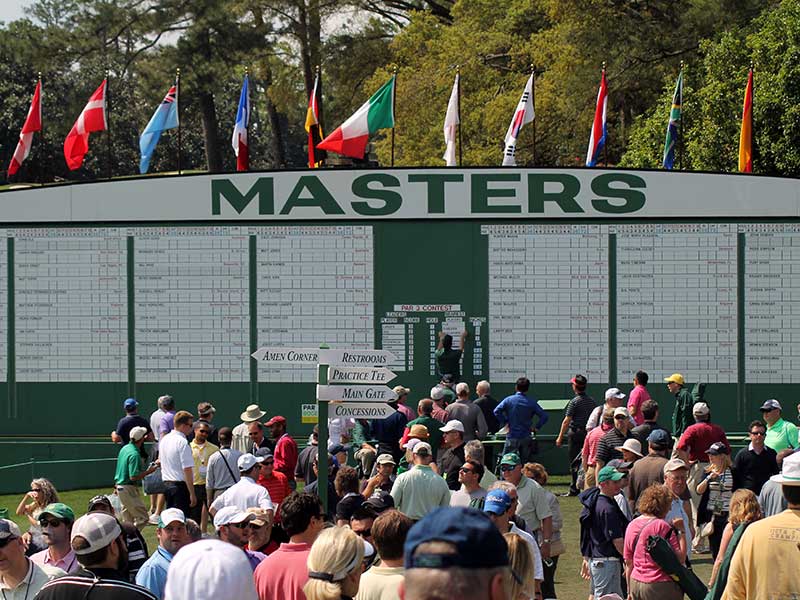 How to qualify for the Masters

It is every golfer’s dream to one day put on a green jacket. What isn’t clear to some is how to qualify for the Masters. Who decides who plays and who doesn’t? This tournament has been going on since 1934 and has always made places available for top amateurs from around the world. It is also one of the most special tournaments of the year because of the huge number of past champions who compete.

As the first major of the year approaches we start to salivate at the prospect of those lush green fairways. The tranquil vistas of the most perfect golf course in the world are slowly but surely built into a dramatic theatre of sport through the week of the tournament. This is, to many competitors, their first ever major. To many others, it is the only one they can still play in.

As you will see, the field for the Masters is a very dynamic thing and its size changes every year. Given that entry comes through strict qualification routes, some people can enter on multiple criteria and so fewer people end up competing. Today on the blog, we will explain to you how to qualify for the Masters.

Given that the Masters is ‘a tradition like no other’, it is fitting that we start with the past champions. This is the only major tournament where a past victory gives you lifetime exemption to play. Every year we tune in to reminisce and see golfers that we may not have seen compete elsewhere for decades. This all begins with the ceremonial opening tee shots.

Jack Nicklaus, Gary Player and the spirit of Arnold Palmer are always there on the Thursday morning of the Masters. They start the play with tee shots from the first hole at Augusta National and bring in the opening of the tournament. These true legends of the game then don’t go any further in the tournament but symbolically it shows just what is made of the past champions.

It is also worth noting at this point that these special players, the past champions, are given honorary membership of Augusta National. Not only have you won one of the greatest and most coveted prizes in golf, but you also have a membership to one of its most exclusive clubs too.

Past Champions expected to take part this year

They say that the Masters doesn’t really begin until the back-nine on Sunday. Almost every single year this saying turns out to be true as the race for the green jacket heats up. This isn’t the only thing that these players are battling for though.

In years when someone has stormed to the top and looks uncatchable, the race for automatic qualification is where the drama lies. If you finish in the top twelve at the Masters, you are rewarded with a spot for the following year.

The PGA TOUR and European Tour really benefit from this rule as it means those players who are just outside that fifty mark cram tournaments in to try and qualify. When you are close to that cut-off, it is a tournament that you really don’t want to miss and you will do what you can to get yourself there.

Another large group of invitees are previous winners of the three other major championships in golf. Those who have won the US Open, PGA Championship or the Open Championship gain five years of qualification exemptions for the Masters.

Seen by some as the unofficial fifth major in golf, the winner of the Players Championship also receives three years of invitations to the Masters. This is just another reason that golfers love to win at TPC Sawgrass.

Like those who get a spot for coming close at Augusta, the other majors have a similar rule. If you finish in the top-four at the other major championships in golf then you get a place for the following years Masters.

Again, this gives those players who are close but almost certainly too far away to win something to keep pushing for. Of course the prize money is great but a chance to play Augusta, especially for those yet to have the pleasure, has a powerful allure.

Major championships are a great chance to see the upcoming amateur talent play against the best in the world. Many of the best non-professional golfers in the world can play in the Masters by winning at the various high profile amateur events held around the globe each year. 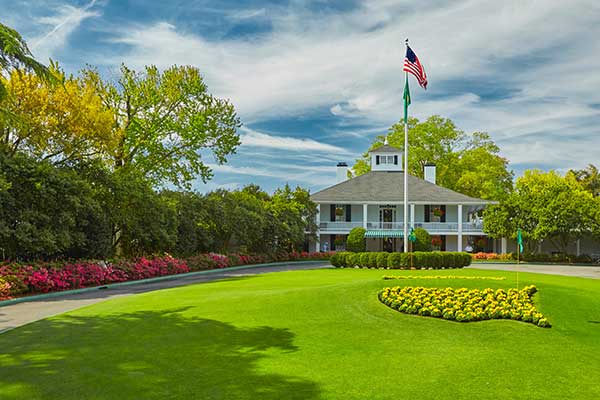 If you reach the final of the US Amateur, then you have a ticket to Augusta. If you win the Amateur Championship, you are also in. The winners of the US Mid-Amateur, the Latin American Amateur and the Asia-Pacific Amateur all get spots at the Masters the following year. This gives you a chance to develop your game further for the big week in April. You just have to remain as an amateur up until the first day of the Masters.

Many of these guys use there Masters appearance as their final week in the amateur game before turning pro. There is also a great tradition of these guys staying in the Crow’s Nest. This is a room at the top of the clubhouse building of Augusta National. Imagine the nerves and excitement in that room that week. 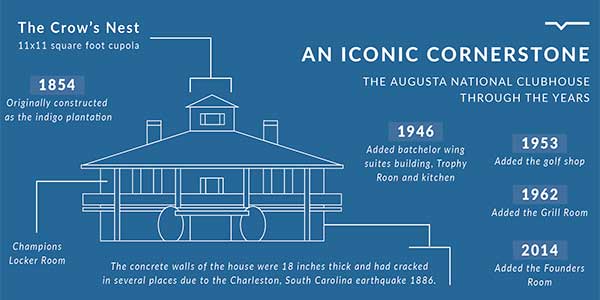 Amateurs Staying in the Crows Nest this year

Current US Amateur Runner Up

Golf was re-introduced to the Olympic Games in Rio in 2016. Justin Rose took that first gold beating Henrik Stenson and Matt Kuchar. This meant that many of the major championships created qualification rights to the gold medal winner. Augusta was one of those events and they decided that he who wins golf in men’s golf will get one year of exemption to the Masters.

Xander Schauffele won Gold in Tokyo and thus secured his place at Augusta for the 2022 edition of the Masters.

For players who win PGA TOUR events that carry full FedEx Cup Point allocations, they also bag themselves a spot in the following year’s edition of the Masters. This is one of those categories that often takes in players who have already qualified through another route i.e. they are within the world top-50.

Where this entry route comes in to its own is for those players who have a break-out victory on the tour. Young guys who have just made it onto the tour or those older guys who just haven’t sealed the win yet can really benefit from this one. This really is an added bonus to a tour win.

Another way of getting in via the PGA TOUR is that those who qualify for the FedEx Cup Play-offs get in. This will benefit the player who has had many close calls but never sealed a win during the season. Again, the system is set-up to benefit those players playing consistently good golf. They earn the right to play for a green jacket the following year.

The final method of gaining entry to the Masters is through a good old-fashioned invitation from the committee at Augusta National. As you can see, many players could qualify under multiple criteria.  This could result in the competitive field being very small that year. This is when the committee would meet to discuss sending extra invites.

Those extra invitations are sent exclusively on the discretion of the championship committee. They will be looking for international players who have come close to qualifying but have not quite gotten there. They have shown great form over a good period and would be contenders given the chance to compete.

Imagine the heartache of thinking you had a chance at your first Masters only to run out of time and fall just short. Or you miss a putt that would have got you the world ranking points you needed. Worse still, if someone had won and taken your chance away from you. It would be a dark time. Another whole year to wait to play the luxurious Augusta National. Then, out of nowhere, a letter graces your door inviting you to play in the tournament. That is what golfing dreams are made of.

In 2018, the Masters had the smallest field in 21 years as 87 players battled it out over Augusta National. In 1997, the year of Tiger’s first major victory and green jacket, the field was only at 86. Compare those figures to the size of the field at the Open Championship where 156 golfers battle for the Claret Jug every year.

Much like a membership at Augusta National Golf Club, getting into their annual Masters Tournament isn’t easy. It shouldn’t be easy though. This event should be reserved for only the very best in the game and those who have won before. The committee at the club can, to an extent control the size of the field and make sure that the event is as much of a spectacle as we have all grown to love.

So there you have it, a comprehensive look at how to get yourself an invitation to compete and play at Augusta National for a green jacket. It’s no easy task is it? The Masters is the symbolic beginning of the golf season, we all tune in to see who gives himself the chance at a grand slam for the year. Who could forget the emotional return of Tiger Woods to the major winning circle in 2019?

There are many storylines developing in the build-up to the Masters Tournament and you know it will be a special week. Imagine the excitement of being there as a competitor for the very first time. Imagine the shock as you first get onto those greens and watch your putts refuse to stop. Staying up there in the Crow’s Nest and battling your nerves all week whilst trying to enjoy every moment of this rare experience.

Will this be the year that Rory finally seals his career slam? Will DJ defend the Masters title? Will Brooks Koepka get his hands on his first green jacket? Only time will tell.

The best advice we can give you is to buy a ticket and attend the Masters as a patron. It is an experience that every single golf fan should experience at one point in their life. This really is a tradition like no other and one that you will truly love.

As we enter the final weeks for players to qualify for the Masters, stories will emerge of the lucky and unlucky ones. The Valero Texas Open will be the last chance saloon for hopeful tour stars to secure a place at Augusta.

Breakdown of The Masters field